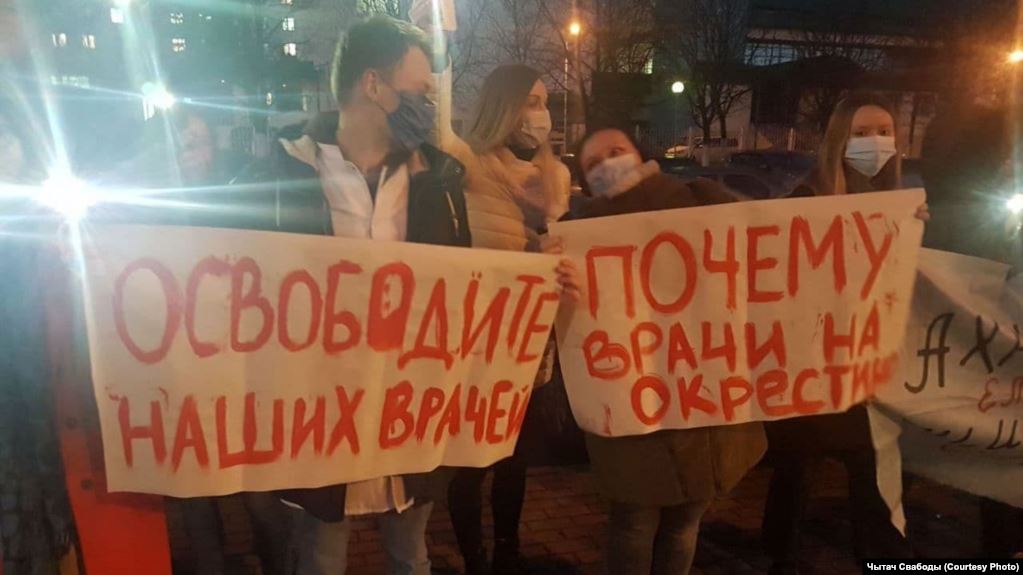 Civil society, the diaspora and politically motivated emigration have a major impact on the international agenda concerning Belarus and the Belarusian-European relations. Civil society continues to institutionalize and launch new crowdfunding initiatives in support for the most affected social groups, such as doctors and students. The independent trade union movement has raised its profile amidst unpopular constitutional proposals by the state trade union and the use of force against state employees and students.

The platforms “Golos”, “Zubr” and “Honest People” keep electoral fraud in the focus of the Belarusian society and the international community. The OSCE has announced irrefutable evidence that the elections in Belarus were rigged.

The European Union has imposed sanctions against Lukashenka and 14 other officials, and some states (USA, EU, UK, Germany, and Canada) adopted statements and resolutions, among other things, calling for new elections in Belarus.

Further to the OSCE report within the Moscow Mechanism, the People’s Anti-Crisis Administration, headed by Pavel Latushka, has proposed to establish an international tribunal for crimes committed by the Belarusian authorities against the Belarusian people.

The Interparliamentary Union in Geneva has announced the decision on the “Hanchar case” further to the testimony of ex-SOBR fighter Garavsky.

The Belarusian diaspora has held the World Congress of Belarusians online with the participation of ex-candidate Sviatlana Tsikhanouskaya.

Civil activists continue to raise funds in support for most active protest groups. Last week, they launched the Medical Solidarity Fund in response to arrests and layoffs of doctors.

The Coordination Council continues to come up with initiatives supporting protest groups within the framework of the Belarusian legislation. It has published proposals for constitutional amendments drafted by the state trade union, envisaging further restrictions on political freedoms, and reduced social protection by the state. In response to these proposals, the Coordination Council launched the initiative “Stop feeding Orda [the Horde]”, referencing the head of the State Trade Union, Mikhail Orda (also a confidant of candidate Lukashenka in 2020) and facilitating the withdrawal from state trade unions.

Local/neighbourhood communities remained active throughout the week, despite stepped up repression by the authorities. After local concerts, more than a dozen people were detained, including musicians. Security officials continue to persecute local chat administrators. However, any pressure from the authorities on local/community activists only leads to additional security measures and not the suspension of activity.

Often, such sporadic local initiatives are coordinated by activists of political organizations, however, fearing repression and persecution they do not advertise their activity.