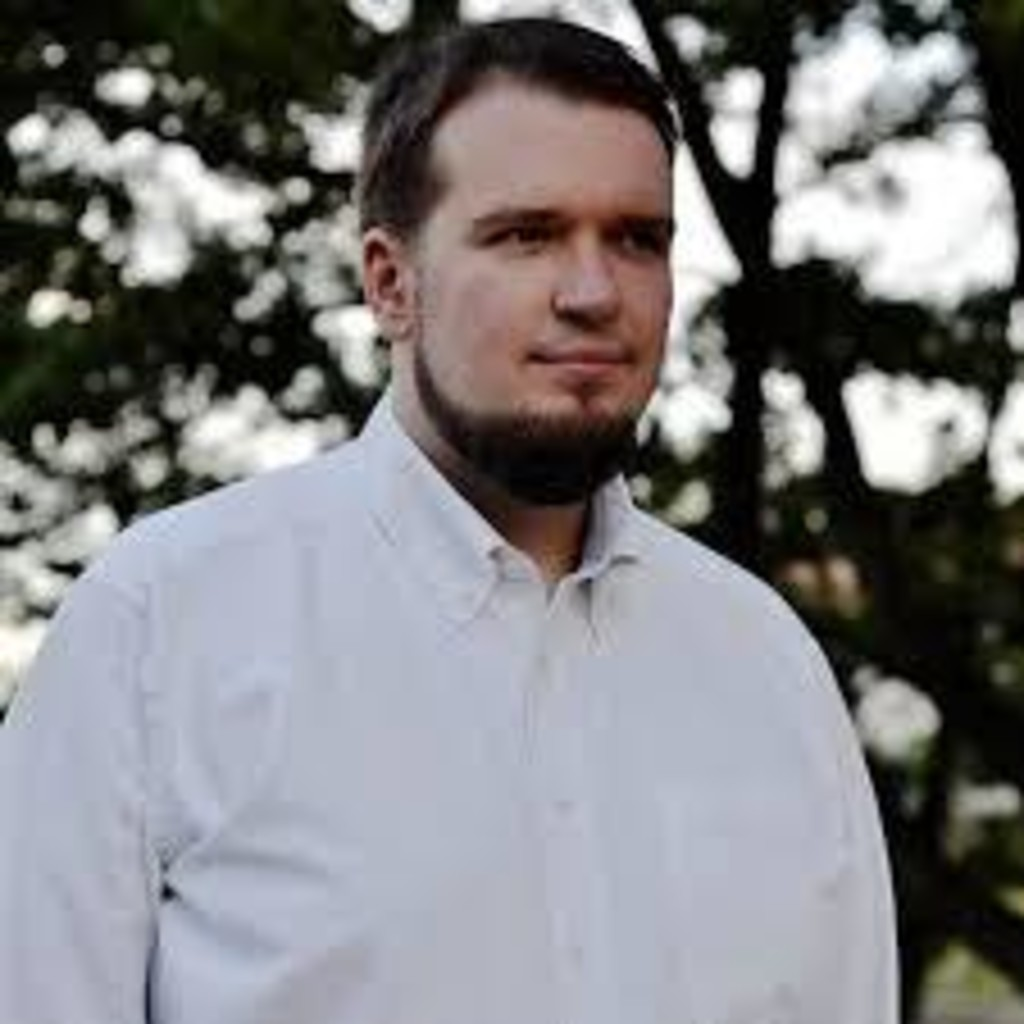 The regime does not have a vision of future political development and has no political ideas. Its actions are planned for a maximum of half a year, and it hopes that the crisis resolves itself.

On February 17th, 2022, Belarus in Focus weekly analytical in partnership with Press Club Belarus, the “Our Opinion” expert community website, and the Belarusian Institute for Strategic Studies (BISS) held an online meeting to discuss the consequences of the change of the constitution.

The main speakers were:

The meeting was also attended by various representatives of international organizations and the diplomatic corps, analysts, human rights defenders and journalists.

The discussion was moderated by Vadim Mojeiko (BISS) and Anton Ruliou (Belarus in Focus/Press Club Belarus).

What are the main changes made in the Constitution?

Andrei Kazakevich believes that the updated Belarusian constitution installs the exotic model of governance with the hybrid institutions, which do not correspond to any of the worldwide practices  (resembling only Iran, Turkmenistan or China). According to the legal content of the document, the functions of various authorities are transferred to the All-Belarusian People’s Assembly (ABPA) – a mysterious body with no clear election process (or rather an appointment process). The function of the Belarusian People’s Assembly is to provide Lukashenko with a place other than the presidential one and prevent any changes in the status quo. Anatoliy Lebedko calls it this way: “Before, Lukashenka sat on two chairs, and now a third one appears”.

At the same time, the president’s competencies are limited, and his edicts and decrees are no longer above the law – that is, he is actually deprived of legislative power. Formally, the presidential influence on the electoral process is limited, since he no longer appoints the Central Electoral Commission. The president also partially loses control over the judiciary. All of these competencies as well as the right to make decisions that are actually above the laws and presidential decrees, to issue obligatory commissions to the branches of authority and the president, and also to impeach him are being transferred to the All-Belarusian People’s Assembly. Experts were not able to decide whether Belarus would remain a super-presidential republic in this scenario, and Mr Kazakevich noted that “the All-Belarusian People’s Assembly generally breaks all conventional forms of governance”.

In Andrei Kazakevich’s opinion, the changes to the current model of governance after the constitutional update could have been serious, though undemocratic. But as the same man keeps the position of the president and the head of ABPA – it actually concentrates all the competencies on him. The ticking bomb of the updated system lies in the remaining control of the president over the security forces. The experience of the post-soviet countries indicates that a person who has the power over them dominates the power. ABPA itself will not be a threat as within it there are no mechanisms of internal political activity, such as parties, and ABPA will not be active daily. Based on international practice, the institutions made up of thousands of appointed people are rather passive, and only the chairman and the praesidium will have a real political impact.

Anatoliy Lebedko believes that the House of Representatives becomes the most disadvantaged organ, as all the competencies go to the Council of the Republic – simply because it is managed by Natalia Kochanova, whom Lukashenka trusts. At the same time, Andrei Kazakevich draws attention to the fact that formally the parliament has strengthened: the laws adopted by the House of Representatives will have more weight than presidential decrees, and the Council of the Republic has been deprived of its powers to control the composition of the Central Electoral Commission as well as the Constitutional and Supreme Courts. It also increases the office terms of the House of Representatives and makes the parliament work in the framework of a long session. But the parliament loses the power to influence the appointment of judges and the Central Electoral Commission as well as its ability to initiate impeachment – all of this goes to the ABPA.

Who will benefit from amendments?

In Anatoliy Lebedko’s opinion, there is only one beneficiary – the Kremlin and the withdrawal of the mention of anuclear status and neutrality from the Constitution is a gift from Lukashenka to Putin. Now it will be possible to create military bases in Belarus with nuclear weapons. Nevertheless, Anatoliy does not suppose that all of these will satisfy the Kremlin, which he believes is the main engine of the constitutional reform in Belarus. In his opinion, the public refusal of Russia to provide a new loan of $3.5 billion to Belarus is indirect proof that Putin wants more: a clear political transition from toxic Lukashenka to another pro-Russian leader.

On the other hand, Andrei Kazakevich thinks differently:“The whole project was written because of the interests of one person and whole text of new Constitution is impregnated by this, that the main beneficiary is Lukashenka”: he is receiving guarantees and possibilities, including the transit of power, and no limits are being put upon him (in case that he combines the position of the president and chairman of ABPA). It is very similar to how the 1996 Constitution gave Lukashenka unlimited power.

In Andrei’s opinion, the interests of Lukashenka’s surroundings are not reflected in the updated Constitution, the “collective Lukashenka” is not being formed: “How would your presence at ABPA when you are one of the thousands will let you impact any of the decisions?”. After all, it is not even possible to have an impact on the decision-making even for the parliament deputies, although it consists of only 110 members. Additionally, ABPA will be created from calm and passive members, and it will not be a place gathering the elites providing them with the platform for a discussion. A new party system with the ruling party and accompanying ones doesn’t appear although the negotiations on this issue have been held in 2020-2021.

According to Andrei Kazakevich, the authorities did not aim to convince people of anything at the referendum, and its purpose was to secure the administrative procedure and falsify the data as well as not let any of the visual manifestations of protest happen. As a result, the referendum becomes yet another step toward the legitimization of the authorities: not only Lukashenka illegally stole the presidential position in 2020, but he will also now rule with an illegal Constitution. This way referendum turns into a catastrophe waiting to happen for the Belarusian political model as it will neither be accepted by the West, nor by the Belarusian society itself.

At the same time, the updated Constitution envisages political reform. The law on civil society will have to be enacted, and many people from the governmental cabinets will see the chances for themselves in this, although the structuralisation of governmental and non-governmental organizations into exclusively governmental organisations could lead to stronger control and their freedoms being cut off. Andrei expects that the executive vertical will rather sabotage the creation of the parallel political vertical as they are interested in the maintenance of the status quo, effectively sitting out until retirement. Additionally, ABPA will have to be formed somehow, and the next elections in 2024 have to be kept in mind.

All this confusion is happening because the regime does not have a vision of future political development and has no political ideas. Its actions are planned for a maximum of half a year, and it hopes that the crisis resolves itself – the economy will grow, and people will forget everything. Andrei believes that the uncompromising nature of the regimes in 2021 was based, among other things, on the foreign trade miracle. The opposite is also true: “Lukashenka has always imitated democracy and improved relations with the West when the economy was bad”.

Anatoliy Lebedko expects that even after the updated Constitution comes into effect, the figure of the president will be dominant anyways, as the meetings of the officials will be held at Lukashenka’s office, and not at the praesidium of ABPA. Anatoliy considers the ABPA construction itself to be unmanageable as it is complicated even to agree on the rules of work for 1200 people. If you just gather them together for a few days – this is just pure propaganda.

The updated Constitution does not address the existing political crisis in Belarus and the demand for changes. Anatoliy Lebedko sums up: “There are changes on paper, but there is no future with these changes”.

Read more
Minsk acts tough towards the West Moscow seeks to keep Minsk in its back pocket Political organizations engage new supporters through social media; civil society has resumed a debate about a dialogue with the authorities
You have been successfully subscribed