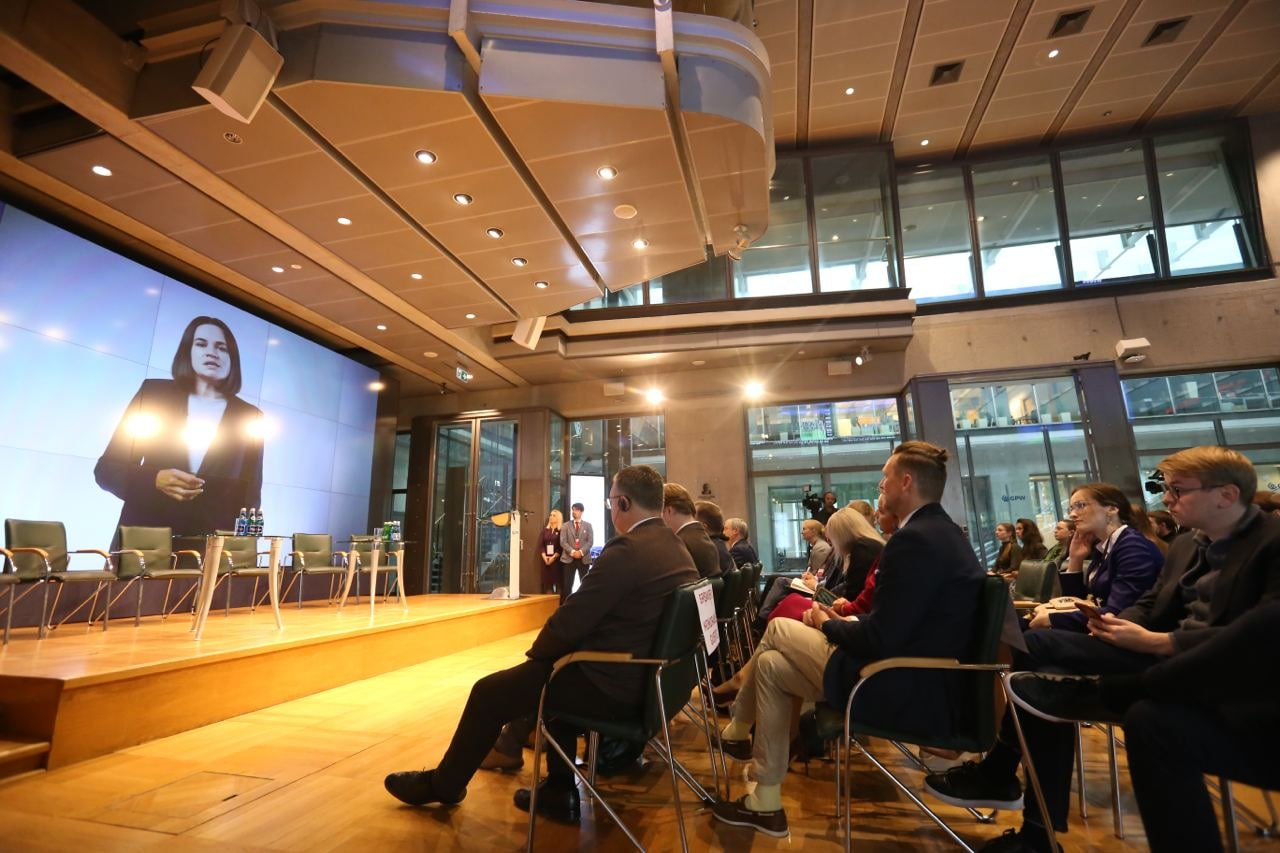 Democratic forces promote the civil society agenda at international level and are trying to prevent the introduction of visa restrictions against Belarusians unconnected to the Lukashenka regime. NGOs, in cooperation with business, create mechanisms to maintain ties between Belarusians in exile, and contacts between democratic forces and supporters of change within Belarus.

Sviatlana Tsikhanouskaya held a meeting with diplomats from 25 European countries, with the objective of isolating the Lukashenka regime, blocking trade in political prisoners, and imposing visa restrictions for security forces, officials, propagandists, but not for Belarusians in general.

The democratic leader of Belarus Sviatlana Tsikhanouskaya is scheduled to meet with the President of the European Commission, representatives of the US State Department and high-ranking politicians during the 77th session of the UN General Assembly.

The Joint Transitional Cabinet continues to attract new members. A former Belsat TV presenter has assumed the role of national revival representative at the cabinet level.

However, from time to time, questions are raised regarding the personnel policy of Tsikhanouskaya’s Cabinet. For example, Valery Sakhashchyk, who is responsible for defence and national security has Russian citizenship.

Political parties promote alternative reform agendas among their sympathisers, however, political organisations avoid overt campaigns because of the likely reaction of the security forces.

The Association of Belarusian Business Abroad (ABBA) is trying to create a network of exiled Belarusian entrepreneurs. ABBA will organise the Belarus Business Harbour 2022 business forum.

Pavel Liber, the creator of the “Golos” platform, announced a “Digital Belarus” online project capable of uniting all Belarusians. Meanwhile, cyber guerrillas continue to sabotage the online infrastructure of the Lukashenka regime.

The broad coalition led by Tsikhanouskaya will continue to promote the isolation of the Lukashenka regime.