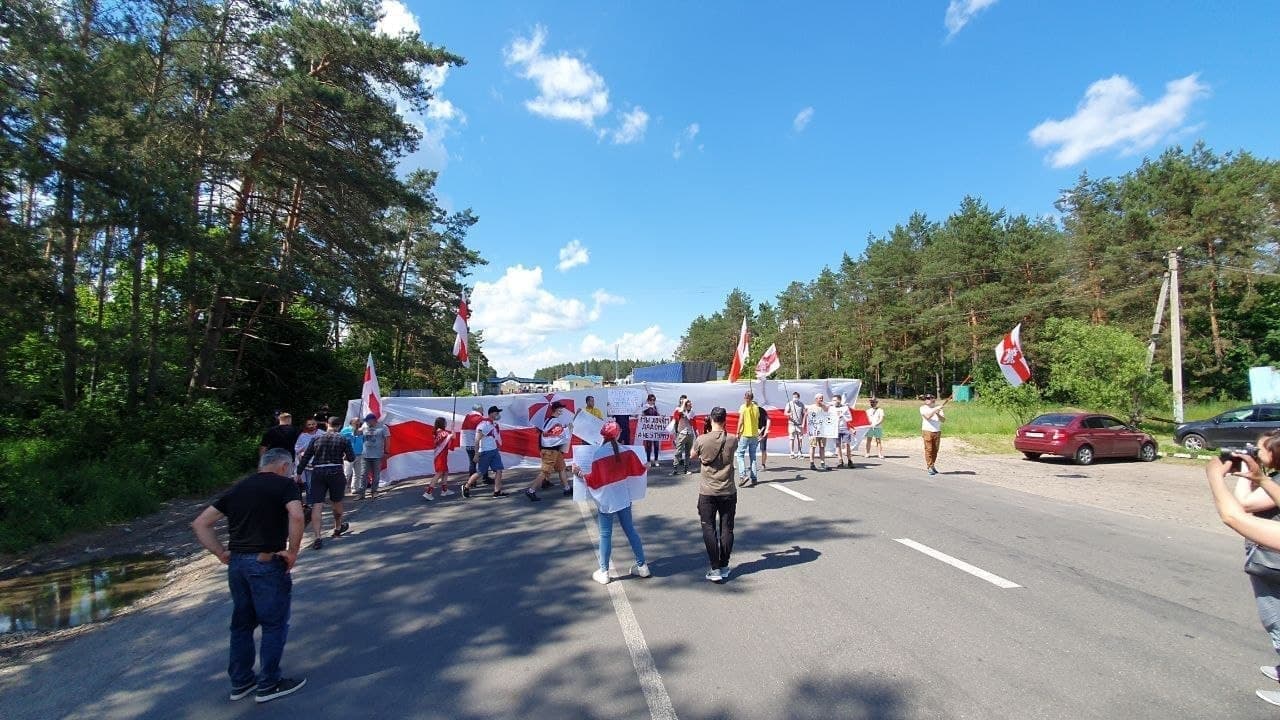 Political exiles are taking effective measures to delegitimise Lukashenka’s regime at the international level and increase the sanctions pressure on Minsk from the EU and the United States. The leader of democratic Belarus continues to gain authority in the international community and among political emigrants.

During Sviatlana Tsikhanouskaya’s visit to the Czech Republic, President Miloš Zeman suggested that the Belarusian opposition open a representative office in Prague. The leader of democratic Belarus also addressed the US Congress, proposing tightened sanctions against the Lukashenka regime and an assistance plan following the example of that previously developed by the E.U. Sviatlana Tsikhanouskaya will also meet with the leadership of the German Foreign Ministry and Angela Merkel’s office.

The NAU, led by Pavel Latushka, has mobilised the Belarusian diaspora in Poland to block the border crossing and draw the attention of the world community to the situation in Belarus.

Political exiles have succeeded in advancing the sanctions agenda in the EU, and the European Parliament has adopted a tough resolution calling on the EU to impose new individual and sectoral sanctions against the Belarusian authorities.

Influential Swedish politicians have offered to officially use the white-red-white flag of Belarus instead of the current red-green flag.

“Tell the Truth” recruits volunteers to an offline makeathon on the topic of local campaigns. In addition, the online platform “Skhod” [“Gathering”] continues to hold discussions and seminars with representatives of various political organisations and support local community development actions.

“Honest People” and several other regional initiatives are producing, printing and distributing samizdat. The BYSOL Solidarity Fund has supported more than 100 applications from local initiatives to the value of more than EUR 24,000.

Political organisations are therefore learning to diversify and expand their activities.