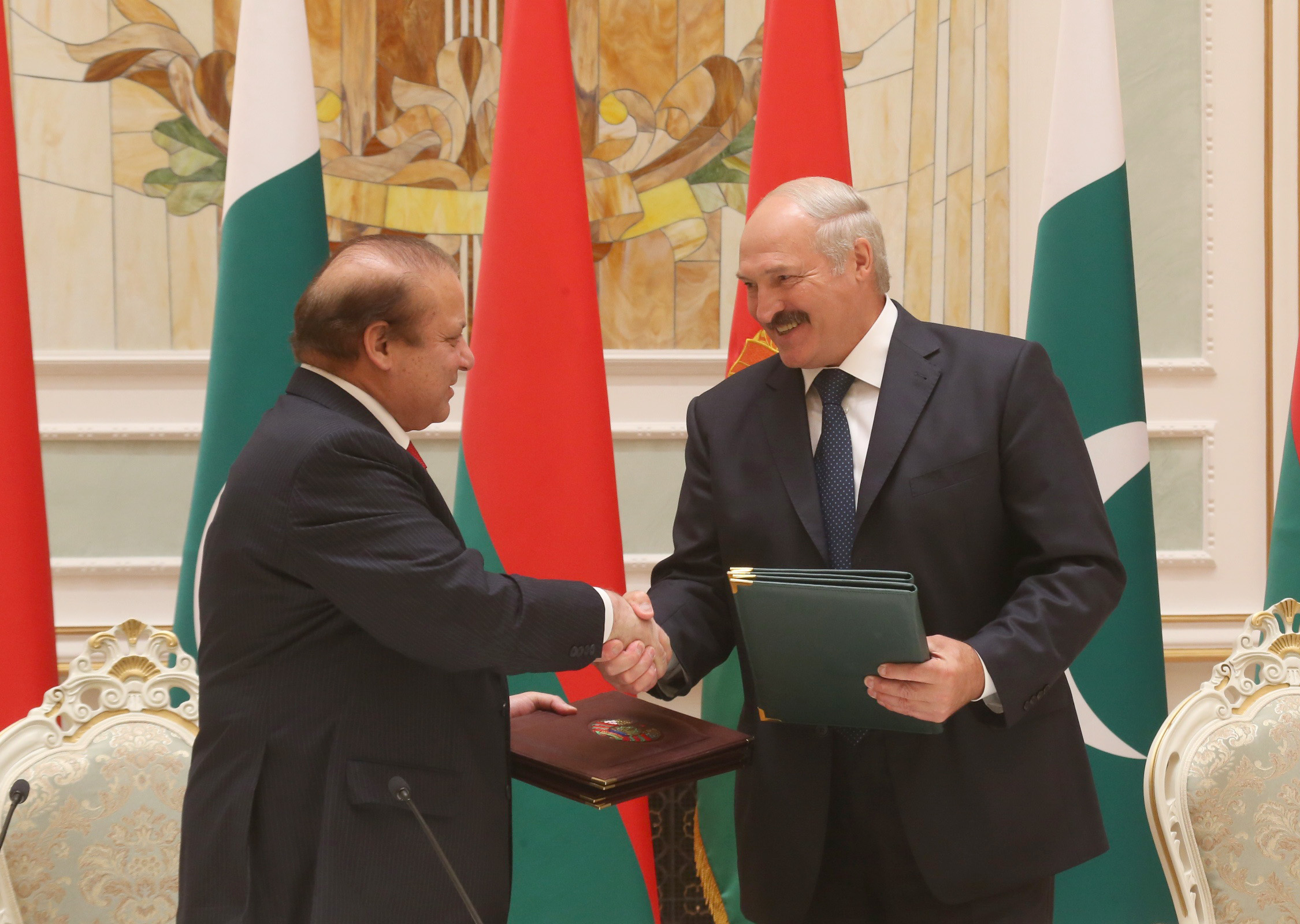 Minsk regards Pakistan as a promising and important partner. In recent years, military-industrial cooperation has occupied a significant place in the plans for developing bilateral relations. Belarus is interested in implementing previously concluded agreements with Islamabad.

On January 22nd, 2018, Lukashenka met with Ambassador of Pakistan to Belarus Masud Khan Raju on the occasion of the completion of his mission. During the meeting, the Belarusian leader confirmed Belarus’ commitment to earlier agreements between the leaders of the two states, including on military-technical cooperation between Belarus and Pakistan.

In 2015-2016, Minsk and Islamabad demonstrated a promising dynamics in the military-industrial cooperation. The states reached agreements on the supply of Belarusian sights for small arms to Pakistan and cooperation in the field of electronic warfare. The Belarusian State Military Industrial Committee and the Pakistani Ministry of Defence Industry agreed on the principles for technology exchange. Representatives of the State Committee for Trade and Industry visited enterprises of the Pakistani military-industrial complex. The first meeting of the bilateral commission for military-technical cooperation was held with the Pakistani delegation headed by Federal Minister of Defence Industry Rana Tanvir Hussein.

During high-level visits held in May and August 2015, cooperation in the field of security and the military-industrial complex was an important topic for negotiations. In October 2016, the parties once again confirmed their readiness to develop military-technical cooperation. Despite the impressive work carried out by the parties, the government crisis in Pakistan, which led to the resignation of Prime Minister Nawaz Sharif, had a negative impact on the prospects for bilateral cooperation between the parties in the security sphere.