The Belarusian leadership is wary of nomenclature’s ambitions; candidates from pro-governmental parties have increased in number 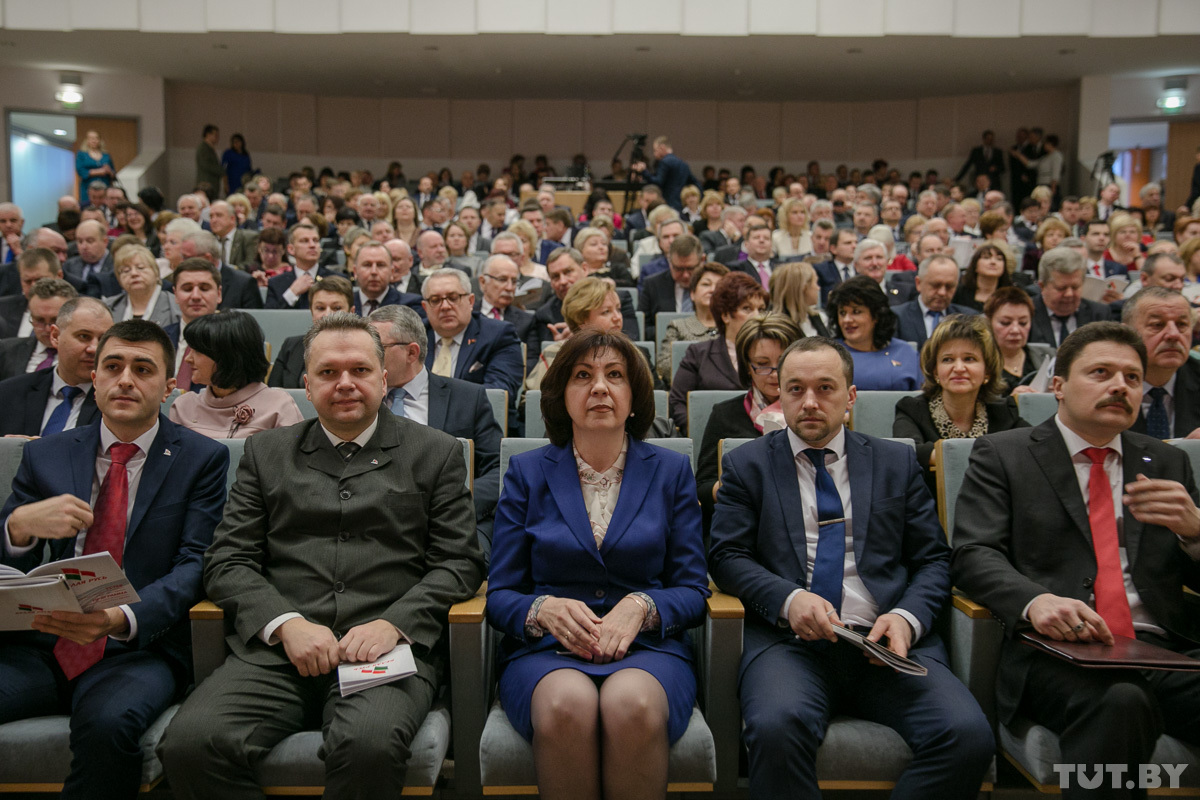 The Belarusian leadership has rejected persistent attempts of some Belarusian nomenclature to institutionalize as a “party of power”, i.e. to transform the Belaya Rus quango into a political party. Simultaneously, the authorities have demonstrated readiness for a dialogue with the opposition regarding the celebrations of the 100th Anniversary of the Belarusian People’s Republic to relax ideological tension in the society. However, the authorities have put additional restrictions on oppositional candidates’ registration in the capital, most likely, due to the desire to prevent unnecessary politicisation of the population amid low popular ratings of state institutions.

The nomenclature has so far failed to convince the top leadership of the need for political reform, which could imply strengthening of political parties, parliament and local authorities. Despite advertised earlier president’s participation in the third congress of the Belaya Rus quango, President Lukashenka ignored the event. Instead, he sent the head of his administration, Natalia Kochanova, and his greetings to the congress participants. Before the event, some media outlets alleged that Belaya Rus could transform into a political party, meeting ten-year aspirations of some representatives of the Belarusian nomenclature.

Some officials are attempting, albeit without any visible success, to bypass the president’s veto on the right of public associations to nominate candidates in general and local elections, i.e. to grant them similar electoral powers to political parties. The fact, that head of the Belteleradiocompany Gennady Davydko was elected to lead Belaya Rus testified that the ideological work within the organisation and with the population would enhance, which would be particularly important amid cuts in social guarantees for the population and likely low ratings of state institutions. In addition, the authorities are attempting to overcome the ideological split in Belarusian society: they have announced their readiness to pay better attention to the Freedom Day celebrations, which they previously treated as an oppositional activity.

After the local elections, representatives from political parties loyal to the authorities are likely to increase in number in local councils. For instance, the Liberal Democrats, the Republican Party of Labour and Justice and the Communist Party have significantly increased the number of their candidates in the regions and the Minsk City Council as compared with the previous local elections. That said, opposition parties, have nominated fewer candidates and many of them have not been cleared by election organisers to run for the Minsk City Council, where the competition is the highest. However, in the regions, local authorities were more loyal to registering alternative nominees, especially where the competition was low.