The Information Ministry has enhanced the Internet censorship; an updated version of the decree on social dependants has been approved 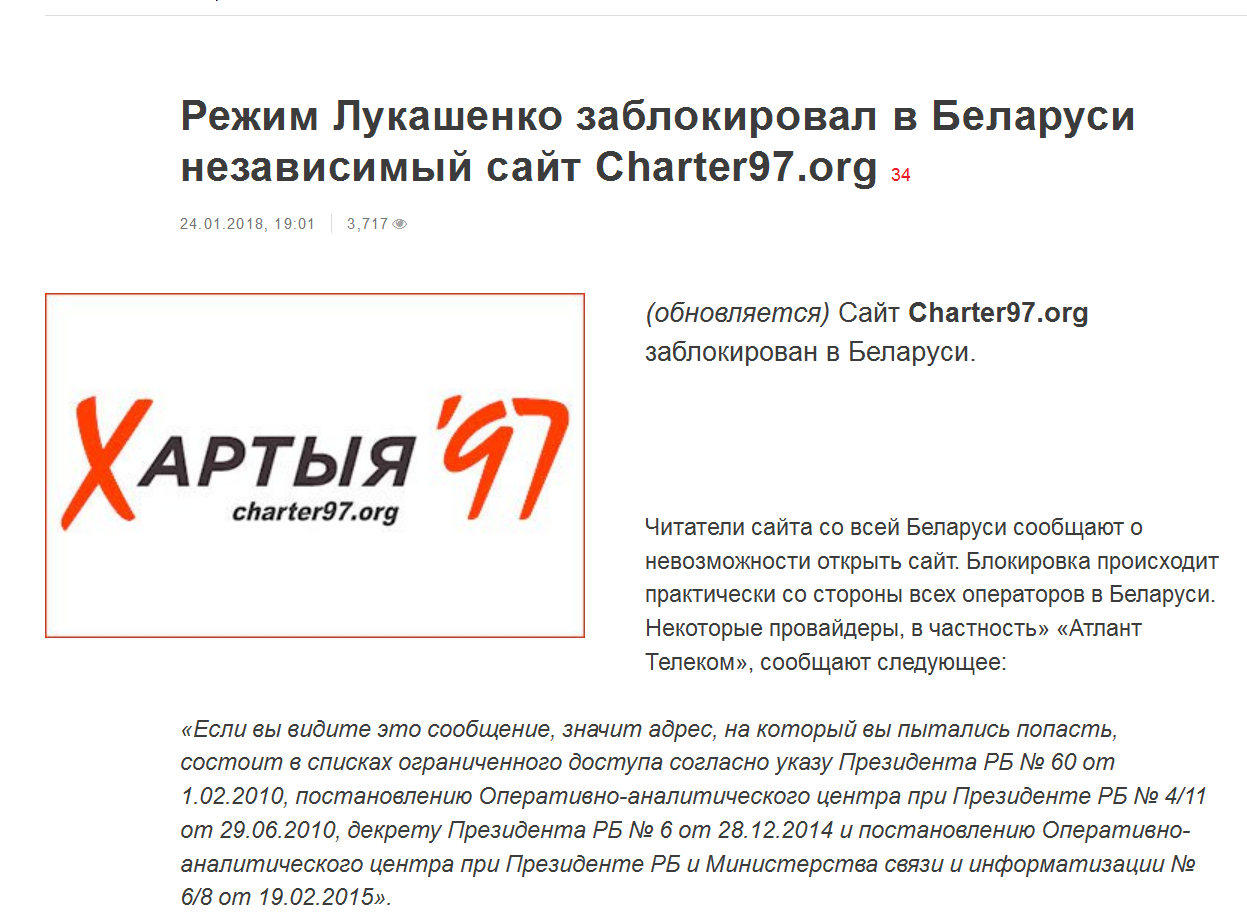 Last week was marked with a negative trend in the information field as the Information Ministry blocked access to charter97.org, a popular news website. Authorities may extend the Internet censorship if there is no sufficient pressure from civil society, independent media and the international community. In addition, the president signed an updated version of the decree on social dependants with a new title “Decree promoting the employment of the population”, making the government and local authorities responsible for its implementation.

The Belarusian leadership has updated approaches to the information policy and extended the practice of blocking independent media websites. Previously, authorities applied the Internet censorship only during mass protests. It should be noted that the authorities managed to significantly reduce the influence of independent traditional media – TV, radio and newspapers – through repressive measures, such as fines, restrictions on distribution through Belsoyuzpechat and on subscription, and their closure. Currently, they have extended restrictive practices onto the internet media. In late 2017, they blocked belaruspartisan.org, a popular information website, but later lifted the block. This time, they blocked charter97.org. The Belarusian authorities must have noted the decline in the popularity of traditional media and the growing influence of the Internet. However, they do not seem to know how to respond to the emerging challenges, except for restrictive measures against popular independent media resources. Audiences of the state-owned media websites are significantly inferior to the independent media websites. Ideologists were unable to create high-quality and competitive media products despite significant state funding. Apparently, the lack of a positive dynamics and an efficient information policy as regards state media, has prompted the authorities to step up control over the Internet in Belarus.

The Belarusian leadership has updated the “decree on social dependants” with less controversial wording and regulations. By signing a framework decree, the president attempted to keep a field for manoeuvre in the case of growing discontent of the population and declining popular ratings of the president. The decree’s main provisions should be clarified by the Council of Ministers, and its implementation has been entrusted to local authorities. Officials are likely to measure people’s response to various options of reducing social protection.

The Belarusian authorities are still working on the details in the updated version of the controversial decree on social dependants and are likely to readjust it depending on the response in society. In the case of pressure from the international community and civil society, the authorities are likely to unblock charter97.org, but would continue attempts to limit the popularity of independent media among the Belarusian audience.