Rumas-Medvedev: a cautious move towards a compromise; the Russian Foreign Ministry supported Belarus’ authorities on the issue of the election 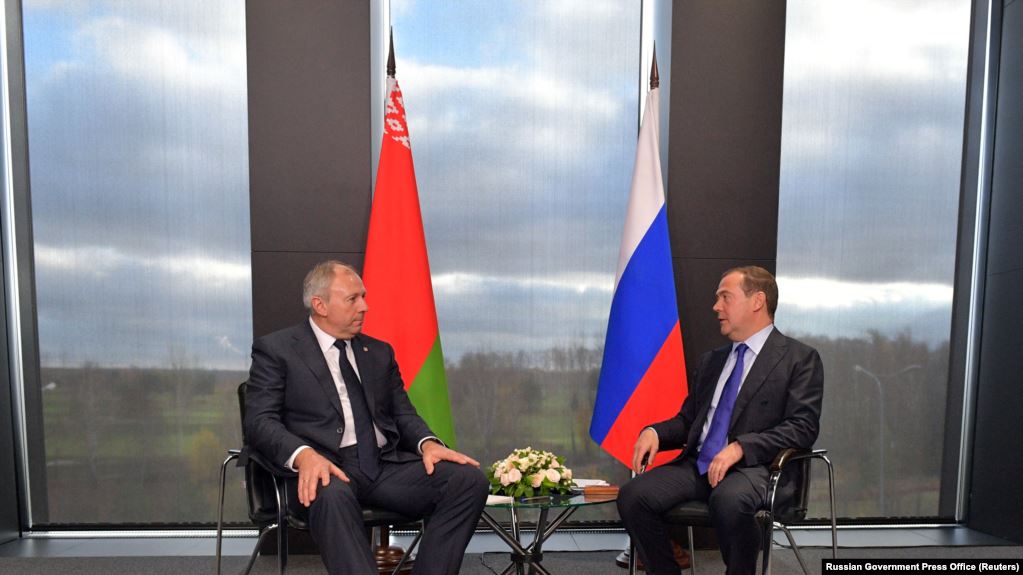 The meeting between Rumas and Medvedev in Moscow has apparently brought the parties a little closer to a compromise on integration roadmaps, mainly due to the exclusion of contentious clauses and provisions.

The meeting between Rumas and Medvedev lasted seven hours, resulting in an agreement to prepare a new version of the roadmaps. According to Medvedev, last year apparently was a “warm-up” to substantive negotiations. According to Rumas, the versions of roadmaps prepared by the prime ministers “have not resolved all issues”, and, in particular, oil and gas matters, which were left for the presidents to decide. Meanwhile, Belarus’ position has remained unchanged – oil and gas matters come first and then deeper integration. Needless to say, Russia’s position has not changed either – integration first, oil and gas next.

Judging by the Tax Ministry statement, the Tax Code would also be excluded from roadmaps. It is difficult to assess what has remained. Last week, NEXTA blogger published an alleged example of the agricultural policy, which looked like a Soviet-style tables with general provisions: task (for example, harmonization); deadline (mainly June 1st, 2020); responsible (state bodies of both states); object of changes (usually said “relevant legislation of the Republic of Belarus and the Russian Federation” and sometimes specific legislative acts in the Russian Federation).

Accordingly, major negotiations on the terms of harmonizing the “roadmaps” have been postponed until H1 2020. So far, governments aspire to sign the roadmaps on the Union State Treaty Anniversary in the most general and non-specific format, having all important issues removed.