The trend towards economic liberalization has anchored; the president focused on the regions 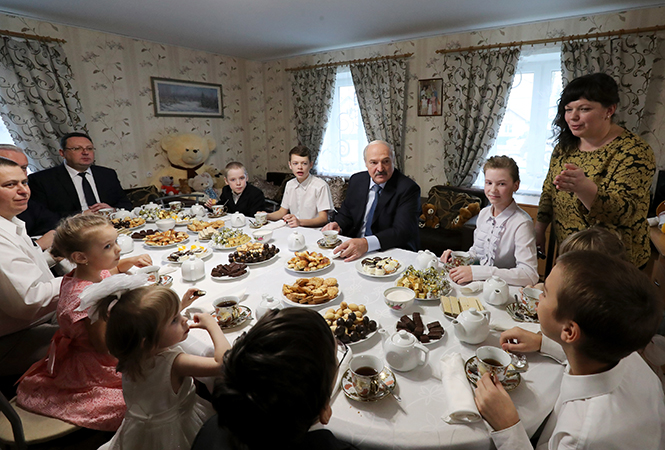 The Belarusian authorities have relaxed the legal framework and removed some barriers for entrepreneurs, which could reduce tension on the labour market and somewhat shift the responsibility for people’s well-being off the state. However, business is unlikely to start trusting the authorities as regards the announced liberalisation, for the public sector of the economy is likely to retain its advantages and support of the state to the detriment of private traders. Meanwhile, the president is attempting to boost the authorities’ popular ratings and mobilise the public sector for the upcoming elections through field trips.

The state is attempting to strengthen the private sector of the economy and change its attitude towards entrepreneurs. For instance, the president has signed a decree on entrepreneurship, which should remove some barriers for SMEs. The authorities have envisaged provisions mitigating liability and decriminalising some economic activity, which, in all probability, was the result of the joint pressure from business, civil society and the opposition. Yet the state has not resolved all issues of entrepreneurs, who distrust the authorities and their declarations.

The Belarusian leadership has repeatedly declared the economic liberalisation and improvements in business environment, which, however, did not propel into significant enhancements. Entrepreneurs wary of inertial pressure from some officials, who are likely to attempt to retain their positions and propose new ways to milk business to replenish the budget. In addition, industrialists from the public sector attempt to retain their competitive advantages, especially in recently modernised industries. Nevertheless, the authorities are forced to improve business environment in the private sector in an effort to create new jobs for dismissed employees from large state enterprises.

After the announcement of the local elections, the president has focused on Belarusian regions and made a working trip to the Gomel region. President Lukashenka has prioritised the domestic agenda over the international one during the election campaign and made the socio-economic development of the regions a prime concern. In most troubled regions with high unemployment rates and low incomes, this could help boosting the authorities’ ratings. That said, during the local elections, improvements in the healthcare and local infrastructure could become major themes amid dwindling state resources and the lack of funds for large-scale projects which could create new jobs in the regions.

Hence, positive effects from the liberalisation of entrepreneurial activity could, to a large extent, be levelled by some local officials, who are interested in retaining the existing control over business.