The regime placates loyalists by avoiding direct participation in aggression; direct control of the economy intensifies 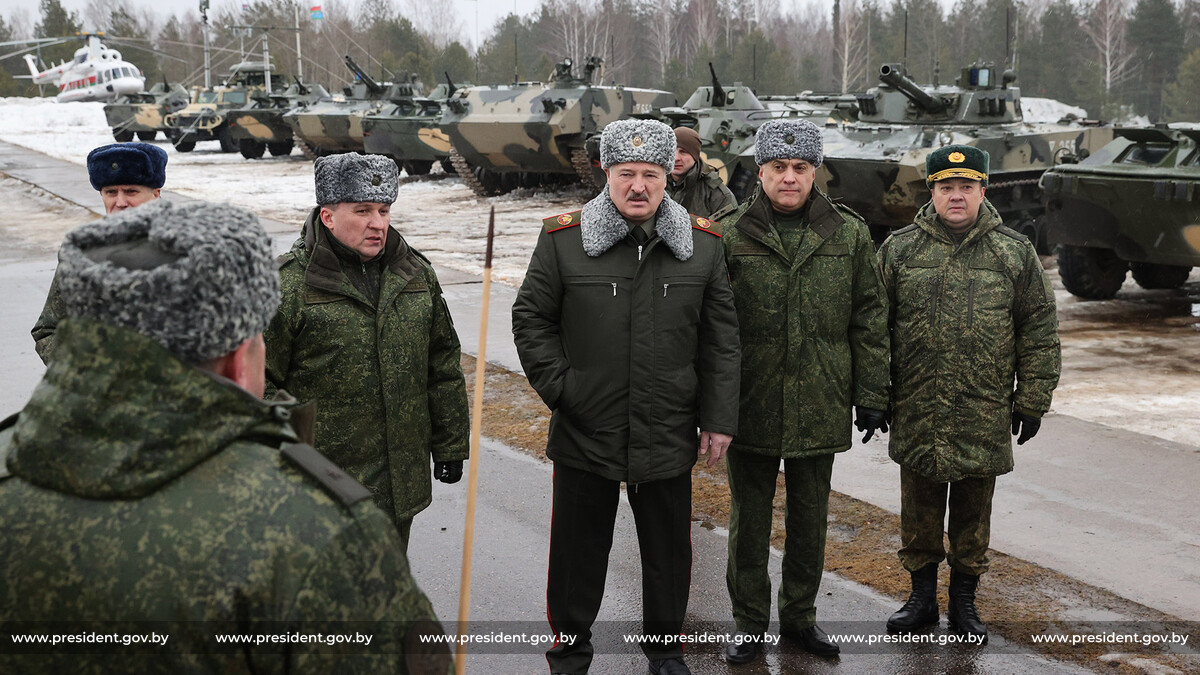 The Belarusian leadership attempts to reassure loyalists by adjusting rhetoric regarding Russian aggression in Ukraine and ruling out the participation of Belarusian troops. Security forces continue to criminalise socio-political activities as Prime Minister Hałoŭčanka mobilises the government to mitigate problems arising in the economy.

The growing influence of independent media and the alignment of democratic forces with anti-war sentiments in society causes concern for the regime. Lukashenka convenes a meeting on the work of the state media and directs security forces to isolate Belarusian audiences from online media and social networks. The head of state is also forced to adjust his rhetoric and refute allegations about sending Belarusian troops to Ukraine.

The Ministry of Internal Affairs published a list of “extremists”, including prominent democratic leaders and activists. The Prosecutor General’s Office has requested that Nexta be designated a terrorist organisation.

The number of political prisoners has increased to over 1,100 people. Detentions, arrests and trials of activists continue, and purges begin to affect the ruling class, causing a noticeable decline in loyalty.

Apparently, Lukashenka has an increasing loyal problem in high positions which is being addressed by lowering professional requirements and emphasising personal loyalty.

The Belarusian leadership is reducing employment support funding leading to instability in the labour market in anticipation of mass unemployment.

Meanwhile, sanctions and logistical difficulties are a significant impediment to state-owned companies, which previously acted as a sink for excess labour. The Geely plant has suspended operation until April 1st due to “logistical difficulties”, as has the Atlant plant. Catering businesses are also forced to lay off employees.

Import sanctions against Belarus lead to the first manifestations of shortages and price increases. Retail chains have problems with the availability of apples in stores.

The government plans to expropriate funds from foreign investors to support state media. The authorities intend to target brands that have ceased advertising in Belarus.

The well-being of vulnerable groups is declining due to rising prices. Although official figures show that wages rose by BYN85, this increase is being eaten up by inflation. In some industries, falling wages are expected.

The government is concerned about a possible loss of price control and rising tensions due to shortages. Administrative regulation of prices is being strengthened, and a ban on exporting 254 types of goods has been imposed.

The National Bank is maintaining foreign exchange and financial market stability. The rouble exchange rate is stabilising, and currency concessions are being introduced for banks. In summary, the government will reduce spending on culture, education, medicine, and social programs and increase support for the security forces.