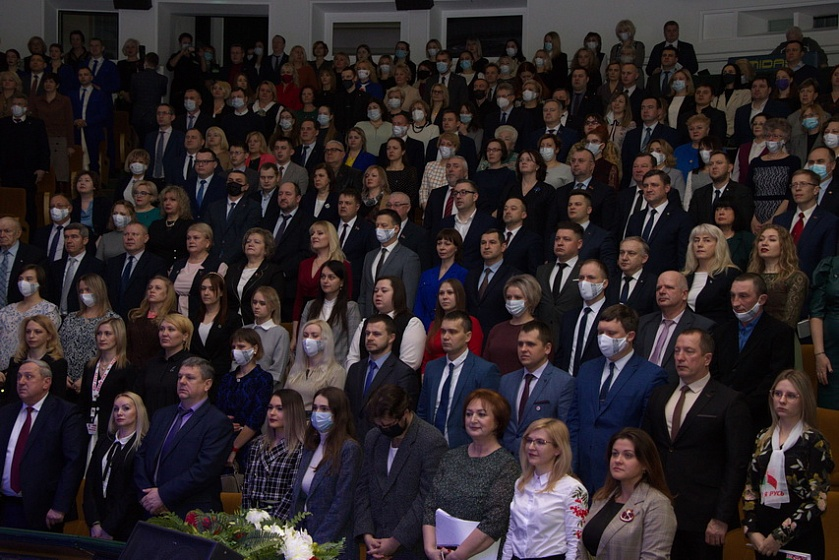 An unpopular position regarding the war in Ukraine undermines the popularity of the Lukashenka regime amongst loyalists and the state apparatus. Restrictive measures by the National Bank are staving off a collapse in the foreign exchange and financial markets, but the situation is deteriorating.

Senior officials have begun to visit the regions to shore up support from loyalists regarding Belarus’ participation in aggression against Ukraine. The prevailing mood in society, including loyalists, is at variance with Belarusian propaganda, which essentially repeats the Kremlin narrative.

Officials even organised an “information day” for schools to promote the regime’s position regarding the war in Ukraine.

The government has temporarily stabilised the food situation, partly via export controls and the efforts of the Ministry of Economy to source alternatives for EU and Ukrainian imports. However, retail chains report increasing import problems, and anxiety is growing among the population about possible shortages. MART is intervening more frequently and plans to expand price controls.

The authorities lack the resources to maintain full employment in the face of sanctions and the war in Ukraine. State-owned companies and private enterprises are beginning to lay off workers and mandate unpaid vacation time.

The government is trying to be more responsive to business needs as GDP growth falters due to growing economic difficulties and sanctions pressure. A consultation document has been circulated to business unions regarding measures to mitigate the “negative impact of sanctions.”

However, the cost of doing business rises in the regions, as do income taxes.

The authorities are trying to prevent capital flight with restrictive measures and restrain the departure of the highly profitable IT sector. High Technology Park occupants received a letter from the park administration regarding changes to the working conditions for IT companies.

The authorities are also beginning to release the defendants from the TUT.BY case from jail.

The government will be forced to create more favourable conditions for self-employment and the development of small and medium-sized enterprises to compensate for downsizing among larger-scale employers.