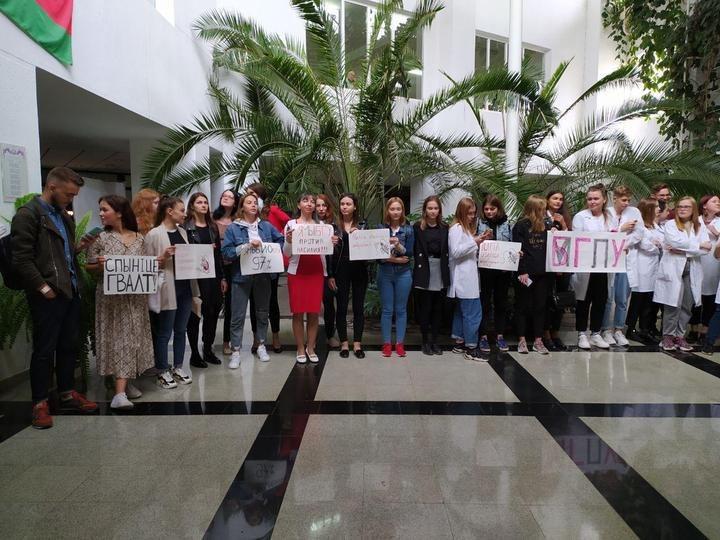 The authorities create barriers in communication between the population and government agencies to ensure public officials’ obedience. Whilst Lukashenka appears to retain control over the edifice of power, grumbling is heard. Political instability and repression prompt IT companies to relocate abroad.

Regarding anti-COVID measures, the education authorities have introduced front security in education facilities where protest are likely to outbreak; some educational institutions have invited guards not only from regular police units but also from the riot police. Simultaneously, the authorities’ control over the educational process has lowered, prompting the Prosecutor General’s Office to respond with threats against parents who decided in favour of homeschooling for their children.

Despite senior officials’ attempts to strengthen their positions among low and mid-ranking public servants, the latter further doubt the feasibility of keeping Lukashenka in power. For example, the Belarusian government last week disseminated a “constitutional and legal position on safeguarding the constitutional order” among heads of ministries, public organisations and enterprises.

Senior Prosecutor of the Prosecutor General’s International Legal Department Vitaly Volsky resigned last week along with a handful of mid-ranking policemen across the country. Last week, Lukashenka also reshuffled power bloc heads, which, amid ongoing protests evidenced that he had doubts about allegiance among security officials.

The National Bank has stabilized the currency and financial market and suspended the depreciation of the Belarusian ruble against hard currencies. However, Fitch Ratings and Moody’s have noted the signs of a liquidity shortage, which is largely influenced by the political crisis and the outflow of household deposits.

Security forces’ actions continue to undermine the most successful industries in the Belarusian economy, the IT sector. The Financial Investigation Department searched PandaDoc’s Minsk office last week and arrested its top-managers. Many IT companies are relocating, most often to Russia, Lithuania, and Ukraine.

As the image of the public service wanes, mid and low-ranking officials are likely to continue to leave their jobs or disrupt the implementation of top leadership’s most controversial initiatives.