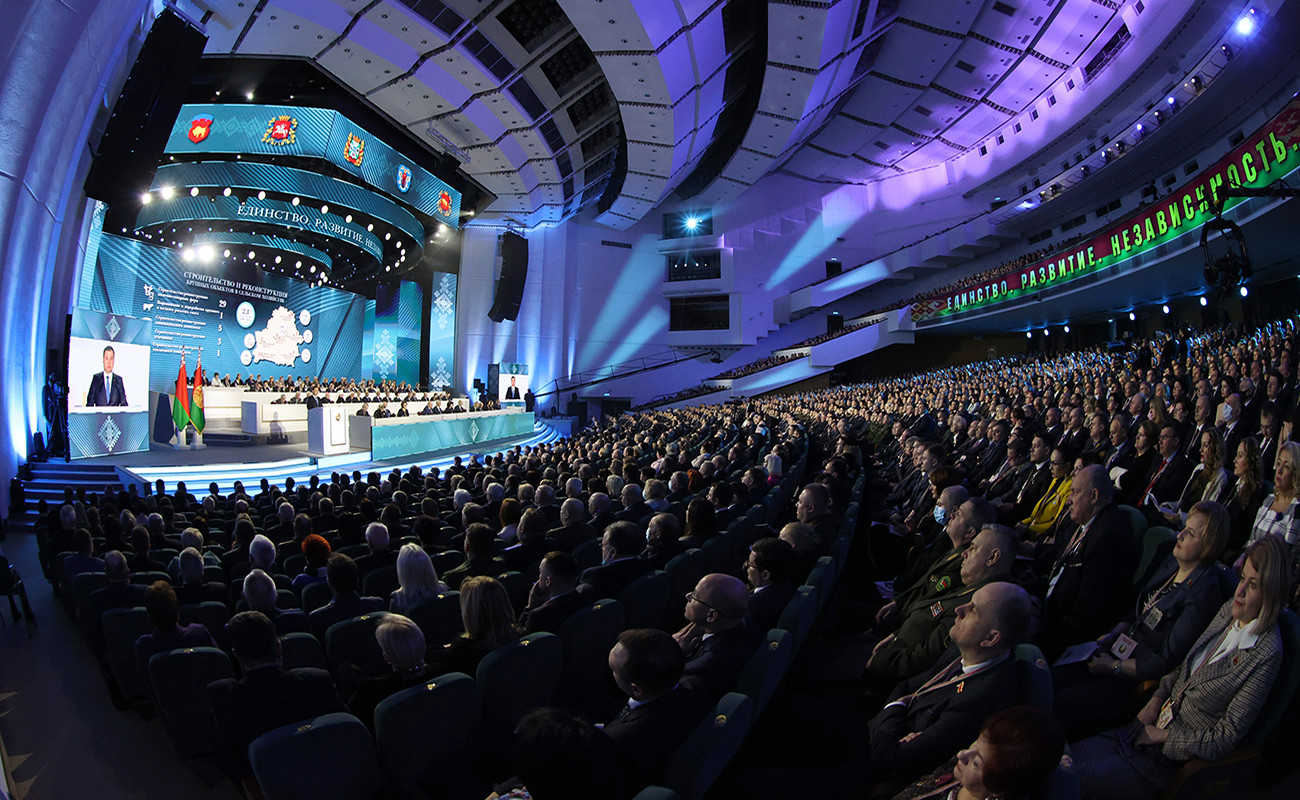 The incumbent president ensures the loyalty of the state machinery at the All Belarus People’s Assembly with promises of moderate reforms and security guarantees for the ruling elite. The authorities have demonstrated their intent to continue to transform the socio-economic model, transferring greater responsibility for personal wellbeing to individuals, while increasing the tax burden and the regulatory role of the state. The state continues to shift the costs of its economic policy to business and the population.

Lukashenka announced a possible change in the political system, granting some constitutional powers to the All-Belarusian People’s Assembly, strengthening governmental and parliamentary authority while simultaneously retaining strong presidential power. A clear outline of the proposed reforms has not yet emerged, with further discussion is expected later this year. The constitutional referendum has been postponed until early 2022 (to coincide with local council elections), but it may be delayed further, depending on the prevailing circumstances.

The head of state also mooted possible preconditions for negotiation with supporters of change, specifically: the abandonment of ultimatums and street protests, security guarantees for the ruling elite, and recognition of the political process and constitutional mechanisms.

The changes announced at the All-Belarusian People’s Assembly will affect socio-economic policy as well as the political system. Given dwindling resources and a pension fund deficit, the Government will continue to try to transform its finances via the introduction of elements of the pension savings.

The authorities are using coercion and administrative pressure on private businesses in an attempt to curb price increases. Having consolidated internal loyalty, the regime continues to shift blame for the consequences of tax increases onto business. The State Control Committee inspects pharmacies to monitor price increases of imported and domestic medicines due to rising VAT rates.

The authorities also hope to undermine public trust in entrepreneurs and weaken their position, thus facilitating expropriations. To this end, the head of state criticised private business with accusations of political disloyalty.