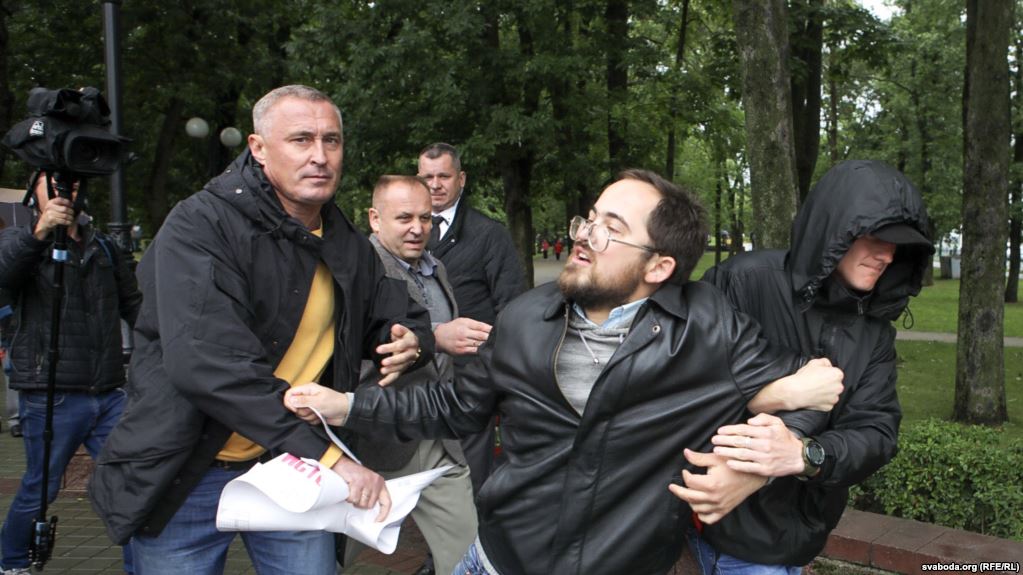 Law enforcers have enhanced repressions against protest movement leaders amid the Independence Day celebrations. The anticorruption campaign carried out by the Belarusian leadership has affected private business, prompted discussions in society about the shortcomings of the public procurement, and lowered confidence in the judiciary and law enforcement. In addition, it has somewhat undermined the economic authorities and the business community’s efforts to liberalise the economy and improve the investment climate.

Law enforcers have resumed the use of administrative arrests and heavy fines against protest leaders. That said, they detained and fined one of the protest movement leaders, the Belarusian Popular Front head, Kastusiou, who supported negotiations and a compromise with the restaurant owners near the Kurapaty mass-murder historical site.

Law enforcers have prevented Kastusiou from participating in the Polish Sejm hearings on Belarus within the opposition delegation, which has taken its toll on the response from Warsaw. The authorities prevented the Belarusian National Committee protest action from being held in Minsk centre on Independence Day by detaining and later releasing BNC activists. Apparently, law enforcers have enhanced the power pressure on the opposition and civil society due to the efforts to ensure public safety during the Independence Day celebrations.

The ongoing massive anti-corruption campaign carried out by the Belarusian leadership has controversial effects and impact on public opinion. Amid failures in social policy, reduced social protection and inability to improve people’s well-being, the president anticipated boosting his popular support with the anti-corruption rhetoric. Last week, law enforcers further detained high-ranking officials, including, the chairman of the Braslav District Executive Committee, which, undoubtedly was authorised by the president.

The criminal prosecution of businesses involved in public procurement has created tension and discontent in society, which rather reduced public confidence in the judiciary and law enforcement and the state machinery as a whole. The harsh punishment handed down by a court to a well-known businessman, Knyrovich, on tax evasion and bribery charges caused confusion and outrage among public opinion leaders in Belarus.

Law enforcers are likely to relax their grip on the opposition and civil society after the Independence Day celebrations. Meanwhile, the power block’s increased influence on the economy has a restrictive effect on the private sector and Belarus’ investment appeal.