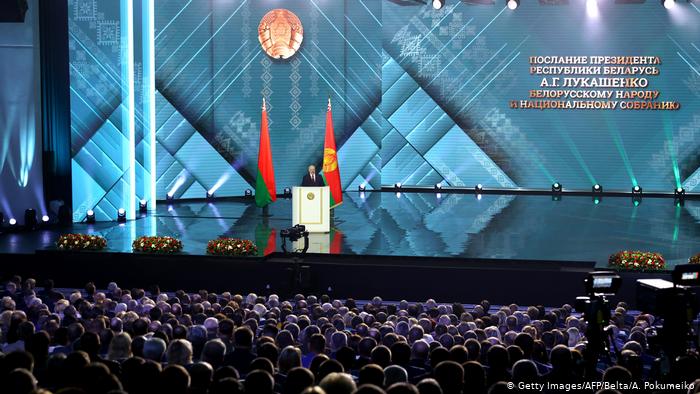 The incumbent president, in his address to parliament and the people, reiterated his commitment to conservatism in the economy and politics. Simultaneously, he reopened the issue of a possible constitutional reform without going into details. Security forces continued to break down the crowdfunding infrastructure for civic initiatives associated with former Belgazprombank management.

Lukashenka has criticized market reforms and promised to retain the focus on modernizing public enterprises through state investment programmes and subsidies. Apparently, he was inspired by a milder recession compared to other states and the belief that his response to address the coronavirus outbreak had justified.

The incumbent president has once again reopened the issue of possible constitutional reforms in the next five years. This message was addressed to the nomenclature, who want to have a vision of their future and guarantees after Lukashenka’s departure. Hence, the president spoke about party institution building and the redistribution of powers among government bodies.

Security forces continued to target successful crowdfunding platforms, such as MolaMola and Ulej.by. The director of the Hive Project LLC (owner of MolaMola and Ulej.by), Alina Lisakovich, was detained by State Control Committee’s Financial Investigation department officers and released after an interrogation by the KGB.

Authorities aim to launch the Belarusian Nuclear Power Plant soon and have already started loading nuclear fuel into the reactor of the first power unit. The Belarusian society remains divided over the launch of the NPP, but this issue has fallen by the wayside amid the highly politicized election campaign.

Overall, the country’s top leadership shows no signs of willingness to start a dialogue with society, and would consider economic reforms only in response to significantly languished public funds.