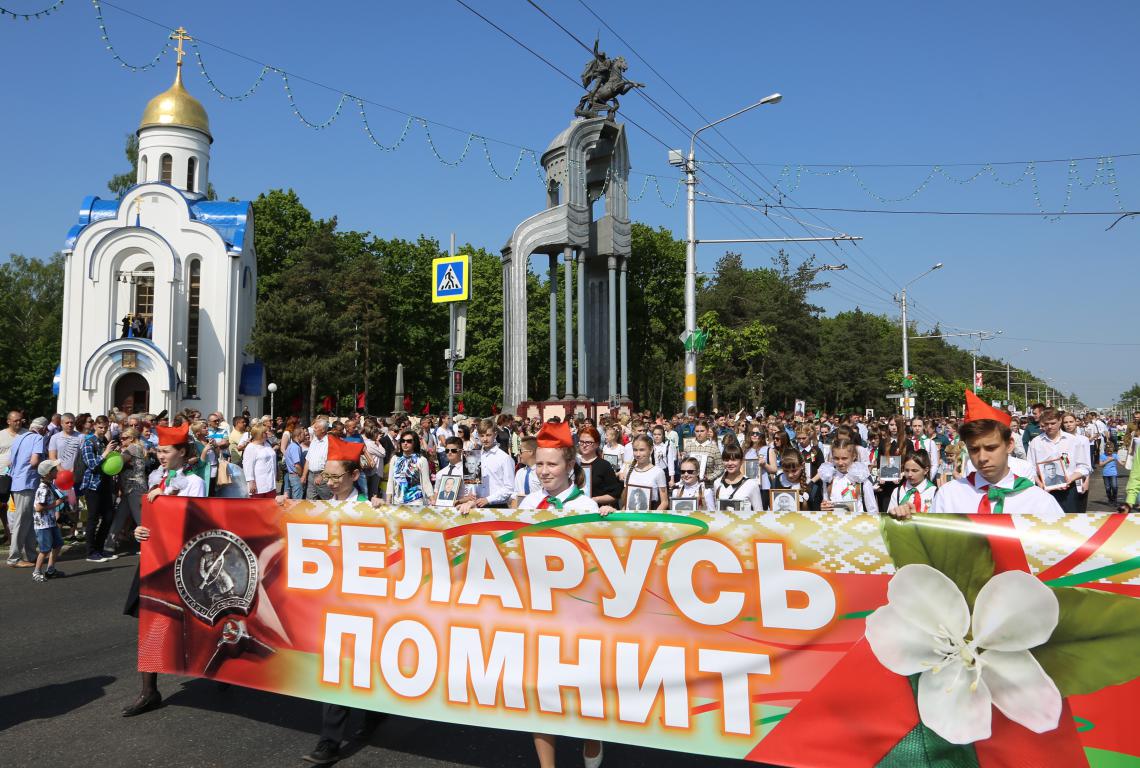 The Belarusian authorities attempted a gentle integration of “The Immortal Regiment”, a pro-Kremlin movement, into official Victory Day celebrations and a projection of the Belarusian historical memory of the Great Patriotic War on the pro-Russian population. To mobilize his supporters before the upcoming election campaigns, the president has reiterated the threat of a possible “colour revolution” in Belarus. The Belarusian leadership makes an effort to ensure fidelity of the security bloc, where pro-Russian sentiments are rather strong.

The president has responded to attempts by some opposition leaders to revive the idea of a power change through mass public protests. By resuming the rhetoric of countering “colour revolutions” in Belarus, the president has also attempted to mobilise his usual voters. The impact of such rhetoric on the population may be stronger due to Victory Day celebrations and commemorations of the Great Patriotic War and WWII victims.

So far, the Belarusian leadership is holding in leash the activity aimed at creating a pro-Russian movement in Belarus faithful to the Kremlin. Pro-Kremlin activists failed in expanding the geography and increasing the popularity of “The Immortal Regiment” in Belarus. Participants in “The Immortal Regiment” rallies in Minsk and Vitebsk haven’t outnumbered those who participated in similar events in 2018, moreover, they were dissolved among participants in official celebrations. However, pro-Russian activists are likely to continue attempts to recruit new supporters and build a force with the pro-Kremlin agenda among the pro-Russian population in social media, where Belarusian ideologies are losing to their Russian counterparts in terms of the impact on the Internet audience.

The Interior Ministry has launched an image-making campaign to counter-balance negative media and social media reports about law enforcement violations. For instance, the authorities have somewhat relaxed the terms of house arrest for former REP Trade Union leader Fedynich. Meanwhile, law enforcers are ready to suppress any activity of radical anarchist movements, including online.

The authorities are likely to continue to revise the state ideology and approaches to interpreting the historical memory, including by incorporating some national-democratic ideologemes.