The Belarusian authorities focused on demotivating the strike movement, whilst loyalty of the edifice of power, security and government officials remained under threat 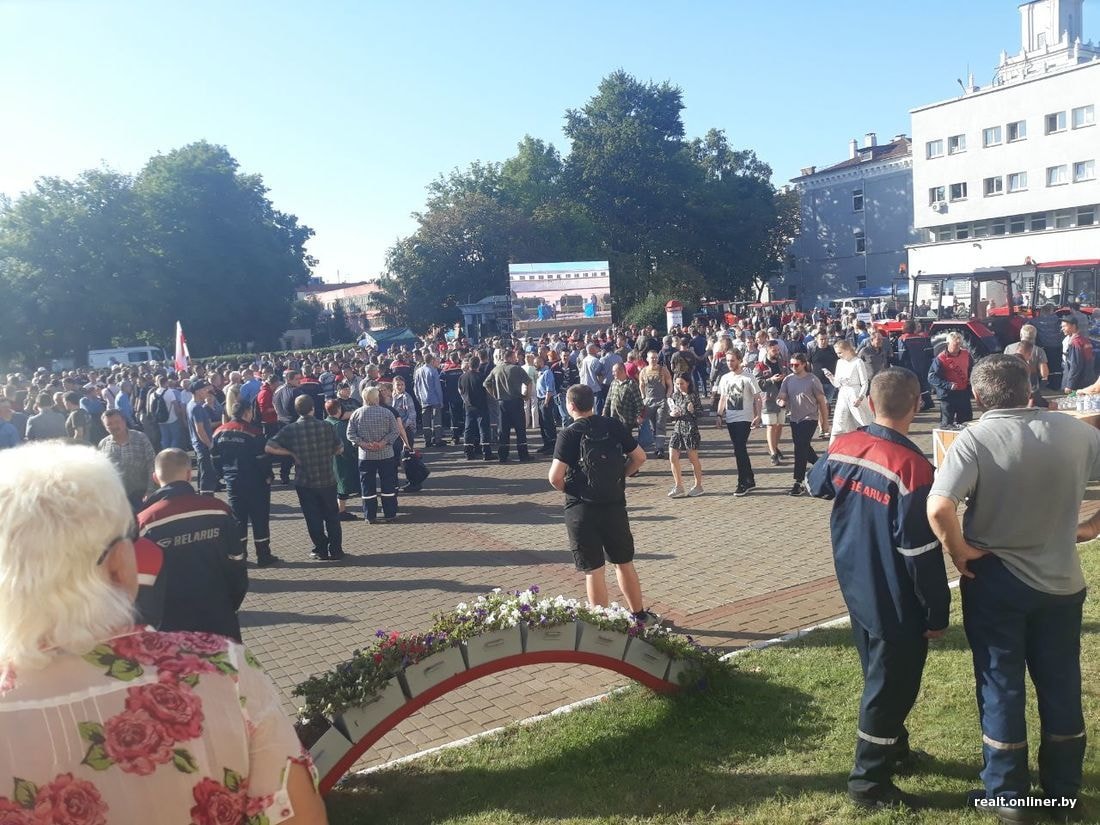 The current Belarusian leadership is attempting to regain control over the situation after crowds marched through Belarusian cities protesting presidential election voting results. The authorities started to model their opponents’ behavior, holding rallies and increasing the visibility of state symbols on the streets.

mid-ranking officials appear to hold by a wait-and-see attitude – they are either on vacation or avoid enforcing orders of their superiors, only a few have resigned. Doctors continue to condemn the action of security forces through statements in social media. Loyalty to Lukashenka among law enforcement officers has somewhat decreased. For example, an assistant prosecutor of the Pervomaisky district of Minsk last week resigned after a failed attempt to initiate a criminal investigation into the beating of bikers by traffic police.

Last week, strikes and resignations were common at state media outlets and TV channels, however, the authorities replaced them with Russian specialists.

In Hrodna, yielding to the pressure of the crowd, local authorities fulfilled protesters’ demands but shortly after resumed oppressive policies. In many other cities, local authorities were prompted to start a dialogue with protesters or turn a blind eye to public rallies.

Current authorities are attempting to regain control over the information space by resorting to restrictive measures. Security officials continued to detain non-state media journalists in Belarusian regions, however, they appear to have no control over public rallies in Minsk. Additionally, last week, the authorities restricted access to 72 websites in Belarus, including all political organizations, platforms Golos and Zubr.in, some VPN and proxy services, and belarusinfocus.info.

The authorities are attempting to prevent a general strike and strikes at factories. Lukashenka and his senior power administrators continued meetings with labor collectives at public enterprises, whilst security forces targeted the leaders of strike committees, and state directors mounted pressure on workers.

The current Belarusian leadership is losing control over the economy and is unable to enforce effective management at public enterprises due to the growing strike movement and unwillingness to negotiate with opponents. First Deputy Prime Minister Snapkou responded to calls for economic sabotage assessing them as “economic suicide”. Lukashenka explicitly ignores the Coordination Council, which was established by his rivals and instead, communicates directly with labor collectives.

Next week, imbalances in mid and low-ranking echelons of power are likely to persist, including due to the pressure by protesters.