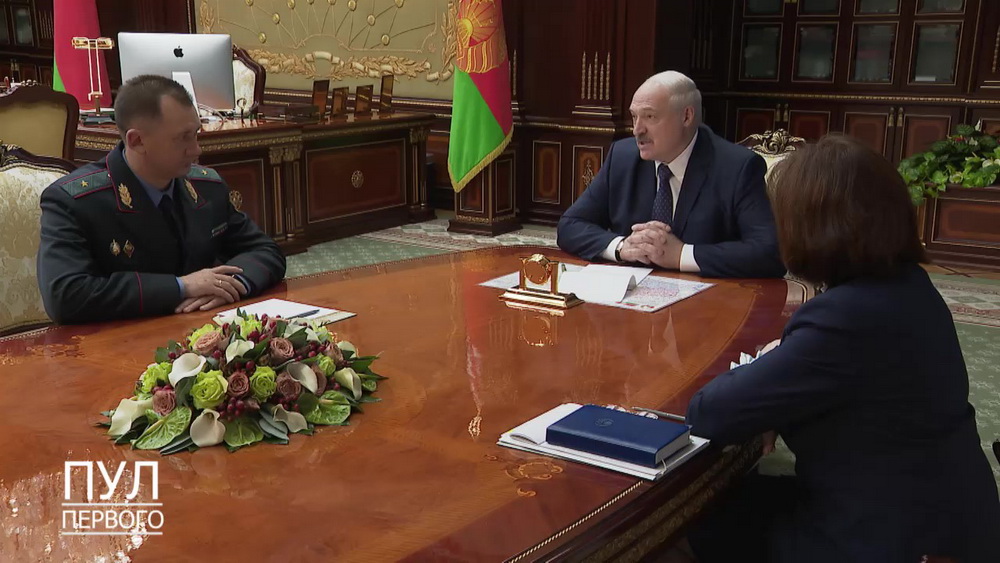 Amid fears that the security block may grow ever-stronger, the incumbent president has rotated senior security officials and appointed three generals as his aides in the regions to prop up local authorities. Besides, the authorities are testing the idea of institutionalizing the All-Belarusian People’s Assembly through constitutional reforms.

In a little over a month, the Belarusian strongman has once again reshuffled the power block. Generals Vakulchik, Karaeu, and Barsukou were appointed as presidential aides in the Brest and Grodno regions and the city of Minsk, accordingly.

Last week he continued to dismiss those who publicly criticized authorities’ actions. Belarusian Ambassador to Argentina Uladzimir Astapenka withdrew his resignation letter and filed a new one refusing to work for a person “who has no right to express the will of the people.”

Regarding the coronavirus outbreak, the authorities have postponed the announced earlier All-Belarusian Assembly – from December 2020 to Q1 2021. It is envisaged, that constitutional amendments would be discussed during the Assembly. However, the postponement could also be due to the ongoing protests since the authorities entirely exclude the possibility of dialogue with protesters.

The incumbent president threatened to expel students and draft them into the Army for participating in unauthorized rallies and immediately materialized his threats.

The authorities continued attempts to impose a constitutional reforms agenda on their opponents, split the protest movement and take people off the streets. They extended the deadline for submitting proposals for constitutional amendments.

The chairman of the Council of the Republic Natalya Kochanova and the former presidential candidate, chairman of the Belarusian Social Democratic Hramada party (BSDH) Sergei Cherechen discussed last week the possibility for a dialogue with society.

Additionally, Prime Minister Halauchenka promised to listen to independent economists if their proposals were “concise and down-to-earth.” That said, he did not mean structural economic reforms, rather SME development.

Evidently the ruling elite demands wider distribution of power among different branches of government while also preventing the inclusion of new players.