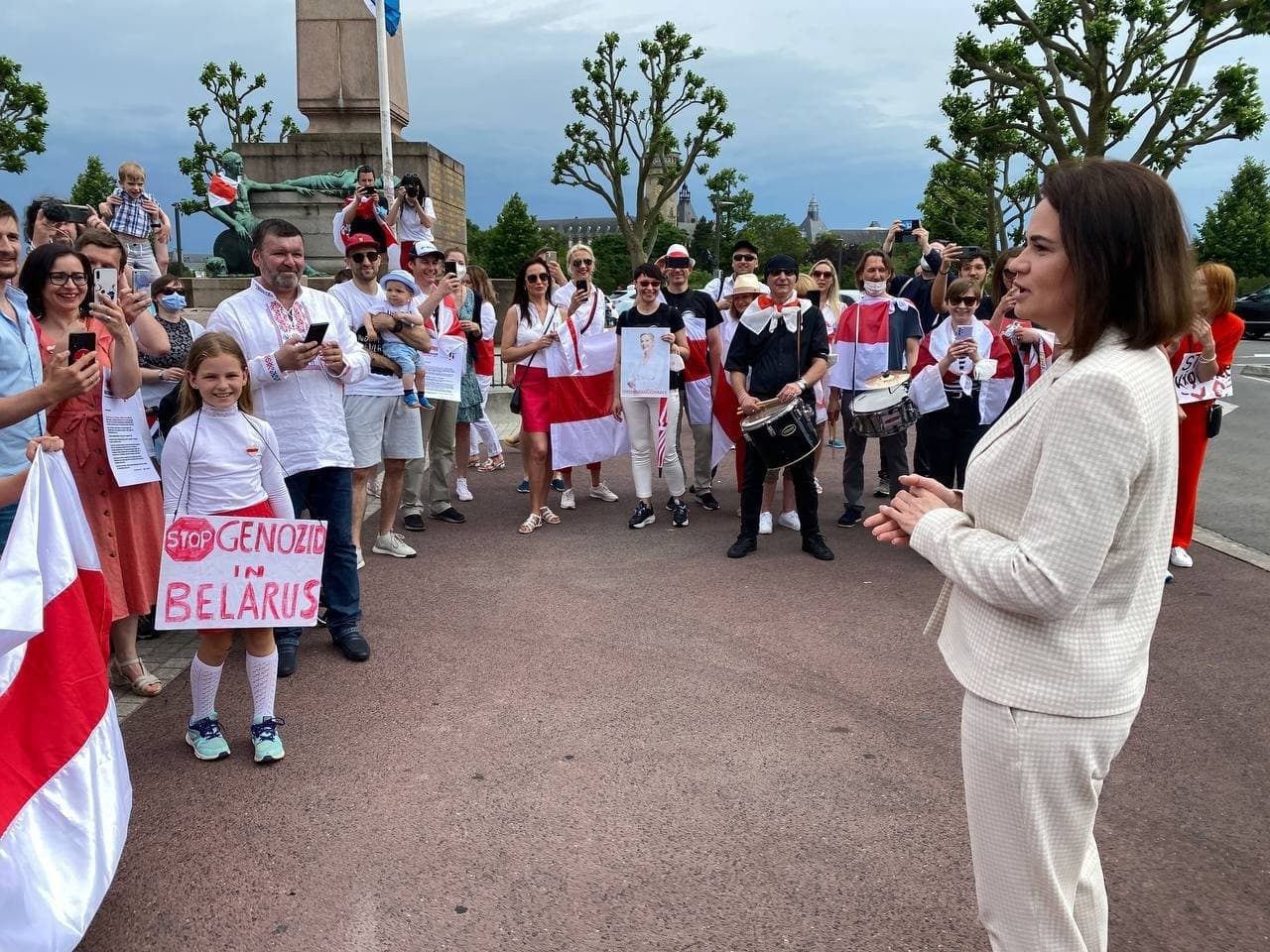 Sviatlana Tsikhanouskaya continues to work on the international stage towards a peaceful and democratic resolution of the Belarusian political crisis. In the course of last week, she addressed the Foreign Affairs Committees of Denmark and Great Britain, met with deputies of the French parliament, spoke at the DW forum, conveyed the views of the Belarusian democratic movement to the Biden administration ahead of the summit meeting with Putin, and called the Austrian Foreign Minister regarding the 4th package of EU economic sanctions amid rumors that Austria will withhold support.

In Belarus she is active in civil society initiatives such as the “Pieramoha” plan. Her social networks publish daily stories highlighting the case of a political prisoner and urging people to write letter, and last week she held calls with the “Worker Rukh” and medical professionals.

Meanwhile, civil society continues to innovate new tactics for solidarity, such as the launch last week of the “okdoc.me” online medical consultation platform, enabling medical professionals dismissed for political reasons to continue to provide care for citizens in need. Two other online initiatives were also launched, aimed at mental illness and pediatric care.

To mark “Medic’s Day”, the “White Coats” Telegram channel, which acts as an informal quasi-union for medical staff published a list of the 189 colleagues who have died combatting the COVID-19 pandemic. Politically motivated dismissals remain widespread and eight medics continue to be detained as political prisoners. The healthcare system overall lacks almost 10,000 specialist staff.

The Skhod (“Gathering”) initiative continues to canvas for opinions and support, including proposals to the constitutional commission and a petition to repeal the law on mass events.