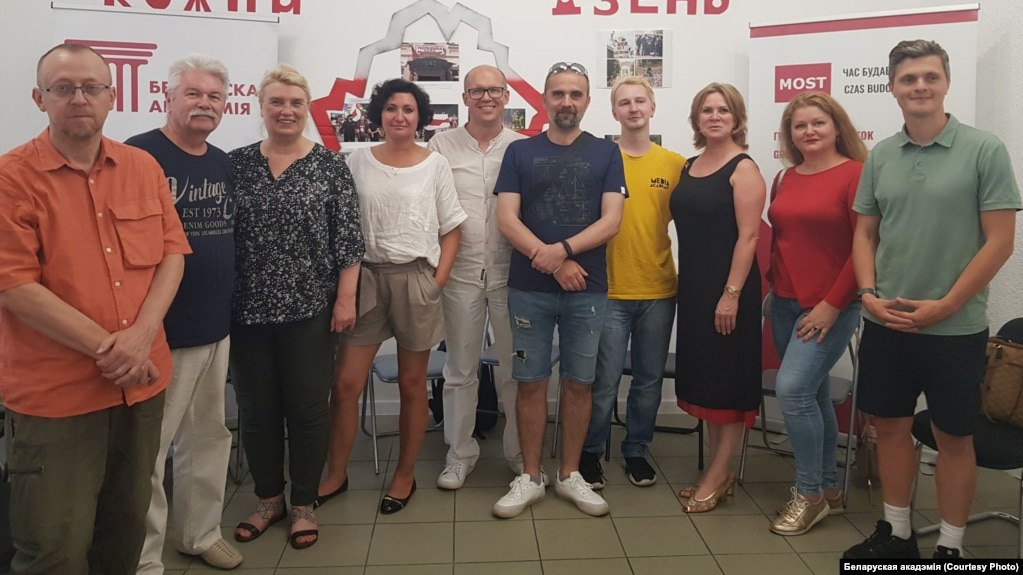 Civil society is forming alternative service provision in business, education and culture for groups repressed by the state. Within the protest movement, mutual recriminations abate with positive expectations for the Joint Transitional Cabinet.

Criticism of the broad coalition of democratic forces led by Sviatlana Tsikhanouskaya has somewhat softened after the New Belarus conference and the integration of several democratic initiatives into the United Transitional Cabinet.

Diasporas are developing strategies to support activists and businesses in forced exile. The Co-working Belarus Business Centre for Belarusian business opens in Warsaw.

The distance educational platform “Belarusian Academy” holds the first congress of teachers. The platform provides services for the education of Belarusian youth in EU countries and develops links between Belarusian teachers and the European academic space.

An online school in Kyiv announces a set of emigrant children for the new academic year with state certification in Ukraine.

The position of supporters of radical solutions to regime change continues to strengthen. Increased polarisation of society manifests in the emergence of new initiatives that are trying to formulate their radical agenda and are distancing themselves from the mainstream democratic forces. Consequently, a Joint Staff of resistance groups has been formed, unconnected with either the opposition or the current government.

Diasporas are holding protests to commemorate Belarus 2020 and draw the attention of the Western public to the situation in Belarus. However, civil society is losing some influence in the European information space and, as a result, the forming of opinion towards Belarus. In some European countries, voices advocating the intensification of the isolation of Belarus are increasing, affecting the interests of society in general, not just the Lukashenka regime.

Thus, the democratic forces are adjusting their vision regarding the possible change of the Lukashenka regime with strengthened rhetoric.