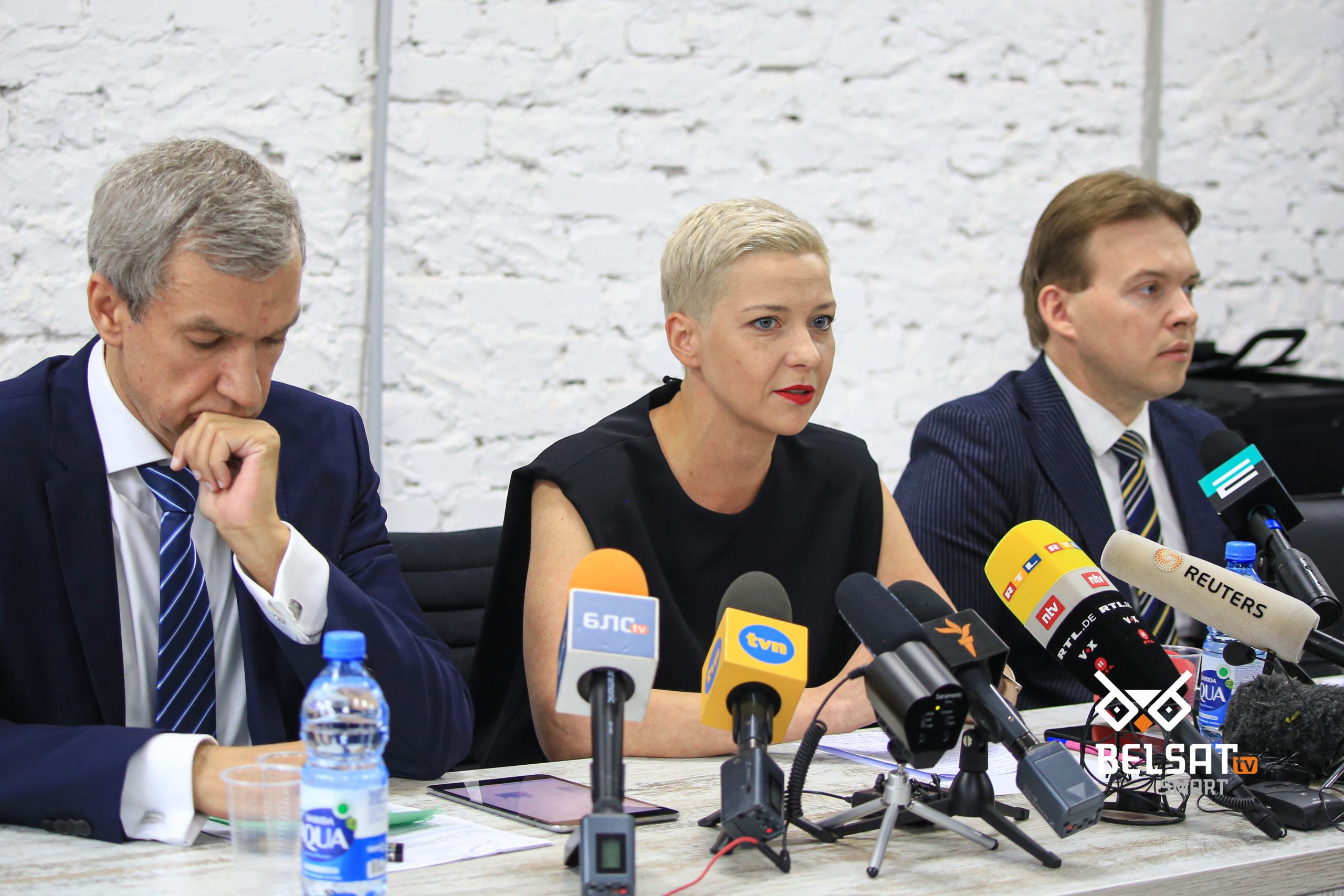 Telegram channels and civic chats have become mobilization instruments to keep the public activity going. The Coordination Council anticipates consolidating civil society. Strike committees are formed at factories throughout the country, and public councils in cities – to start a dialogue with local administrations. Political organizations are actively engaging in communication with society trough both, the Coordination Council, and public protests.

The Coordination Council, initiated by Sviatlana Tsikhanouskaya, started operating and elected the Presidium. The organizers (Volha Kavalkova and Maxim Znak) also include various groups of the population, including business, civil society, political parties, labor collectives, and former officials in the Coordination Council.

Center-rightists have become members of the Coordination Council. Other political organizations, which were not included, actively engage in dialogue with demonstrators at street rallies, including presidential candidate and Tell The Truth leader, Andrei Dzmitryeu, leaders, and members of the Belarusian Christian Democracy, For Freedom movement, the United Civic Party, and Belarusian Social-Democratic Party.

Civil society continues to generate campaigns to support the repressed and for mutual aid. Someone hundred initiatives offer legal, medical, psychological, and volunteer assistance, including retraining and finding new jobs. Fundraising projects among Belarusians and the diaspora started paying off fines and compensations.

The Belarusian Congress of Democratic Trade Unions has formed a National Strike Committee to coordinate the labor movement.

Workers and youth continue to leave official trade unions and pro-government public organizations, such as Belaya Rus and the Belarusian Republican Youth Union.

Decentralized protests and solidarity actions persist in cities across the country. Amid the blocking of websites of non-state media, political organizations and public initiatives, Telegram channels, social media and Youtube are becoming principal communication channels. Bloggers use Telegram channels to coordinate the protest movement from abroad, which makes it impossible for security forces to lock them down. Tg channel NEXTA Live, the largest among them all, has over 2.1 million subscribers. Besides, the Tg channel “Strana dla Zhizni” [A Country for Living] has developed its network of chats in Belarusian cities. Moreover, chats of local communities, professionals, parental, workers, and so on, have politicized.

The blocking of websites of non-state media and political organizations is unlikely to impact mobilization levels in society and Telegram channels are likely to strengthen their positions and influence public opinion.