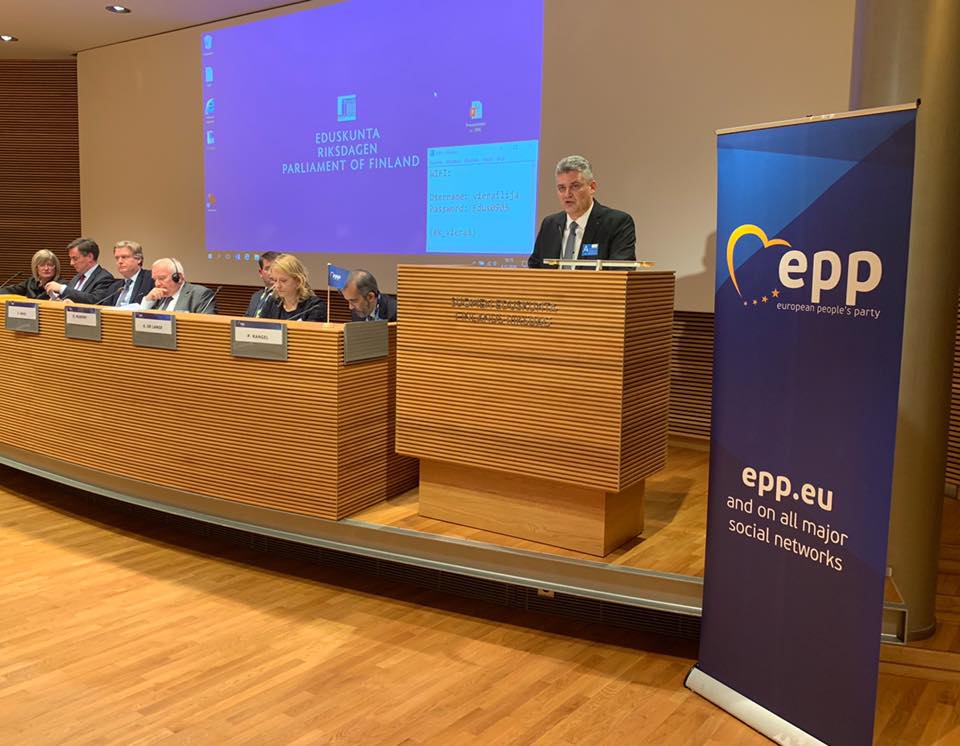 Political parties advanced in their preparations for the upcoming election campaign. Right-centrists lobbied an EPP resolution on Belarus, For Freedom Movement was granted observer status at the EPP, and the Belarusian Christian Democracy continued to work with local communities. Tell The Truth further implements a pro-active regional policy. Kurapaty defenders oppose to the intention of the Society for the Monuments Protection to accept a donation from the “Let’s go and eat” restaurant for erecting a memorial in Kurapaty.

The leaders of the centre-right coalition participated in the political assembly of the European People’s Party (EPP), where For Freedom Movement was granted an observer status, like other members of the coalition, e.g. the United Civil Party (UCP) and the Belarusian Christian Democracy Party (BCD). Now all coalition members are associated with the largest political force in the EU. In addition, the coalition leaders met with European politicians, in particular, with Angela Merkel.

At the EPP Congress, a resolution on Belarus was adopted, urging the European Parliament and the European Commission to reconsider the cooperation priorities with Belarus and to place human rights, electoral and law enforcement reforms at the top of the agenda.

Simultaneously, the BCD further focused on protecting the interests of vulnerable groups, launching a petition for a fair charge for student dorms.

Tell The Truth (TTT) held meetings with their regional activists from Minsk and Vitebsk regions, and organised the first of the series of Regional Development Forums, in Bobruisk. TTT further implemented its regional initiative “All Together”, through collecting signatures and working with local authorities in addressing local issues.

The BPF held meetings with local activists to discuss the participation strategy in the upcoming election campaigns.

The standoff in Kurapaty is ongoing. Authorities erected a monument there. Last week, the authorities released businessman and a “Let’s Go And Eat” restaurant owner, Arkady Izrailevich, who was detained a week before. Another owner of the restaurant offered a donation to the Monument Protection Society for the memorialization of the Kurapaty sight; however, Kurapaty defenders urged the Society not to accept these donations.

Overall, the centre-rightists and Tell The Truth have somewhat raised their profile for the upcoming election campaign, and Kurapaty defenders won some concessions from the authorities and the restaurant owners.