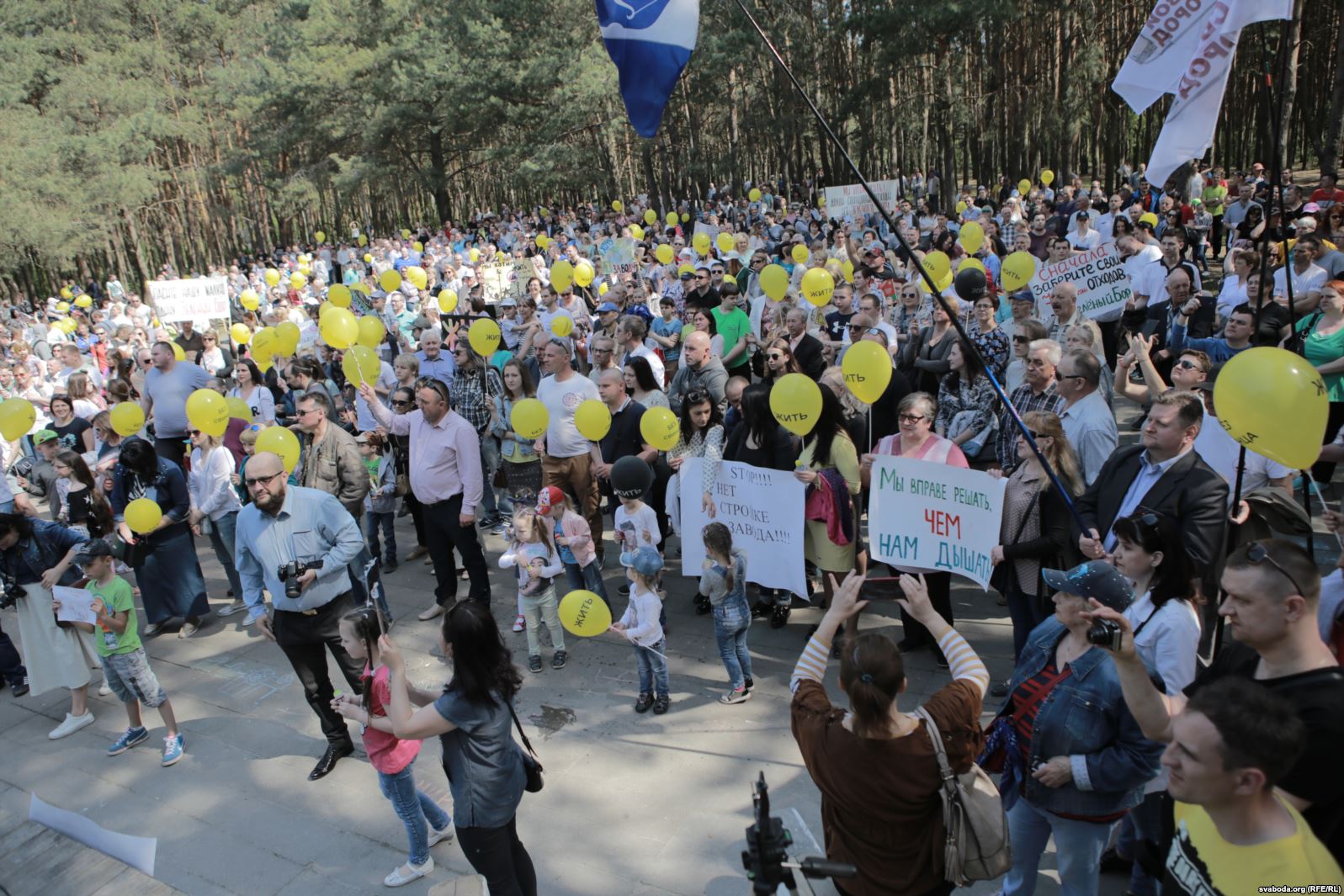 Social groups from different cities expressing open discontent the authorities’ policies have increased in number and may nominate their parliamentary candidates. Such groups include opponents of the construction of a battery factory in Brest, Omsk Carbon in Mahileu, a pulp and paperboard plant in Svetlahorsk, and members of the Mothers 328 movement. A broad coalition of opposition organizations drafted their proposals to amend the law on political parties and submitted them to the authorities. Tell The Truth and centre-rightists attempted to engage with protest groups.

The battery plant in Brest is scheduled for a launch in June 2019. Protests against its construction lasted over a year and only led to the postponement of the commissioning date. However, the likelihood of voter support for opposition candidates with an environmental agenda in Brest and other cities with hazardous industries is rather high. For example, in Brest, over 50,000 signatures were collected against the construction and some 2,000 people participated in an authorized rally last year. The protest movement is stable and successfully appeals to previously apolitical citizens. That said, the Environmental Ministry promised to toughen the requirements for the commissioning of new industries.

The Mothers 328 movement, together with the Legalize Belarus movement held an authorized rally in the Kyiv Square in Minsk demanding to release convicts sentenced for drug-related crimes. Presumably, the authorities enabled the rally due to fears of decisive actions by the members of the movements before the 2nd European games. Some leaders of the Mother 328 movement are likely to gain political weight and participate in the parliamentary elections as candidates for deputies.

Tell The Truth activists attempted to mobilize residents of a Minsk district opposing the sealing construction at the Sevastopol park. In addition, they announced plans to create a Speak the Truth internal social network and spoke in support for teachers.

Opposition parties are attempting to lobby their amendments to the law on political parties, which is planned to be considered by the parliament in the autumn. The amendments have been drafted by a broad coalition, including the Belarusian Social-Democratic Party (Hramada), the Fair World party, the Belarusian Popular Front, the United Civic Party, Greens, the Belarusian Christian Democracy, the “Nadzeya” party, the Belarusian Workers Party, Freedom and Progress Party, For Freedom Movement and Our Home civic campaign.

However, the cross-party initiative, albeit being impressive, is unlikely to mobilise enough support to successfully lobby their ideas aimed at developing a party system in Belarus. In addition, they promote the idea of ensuring party funding from public funds, however, only half of the organizations in the coalition are officially registered or have the status of a political party.