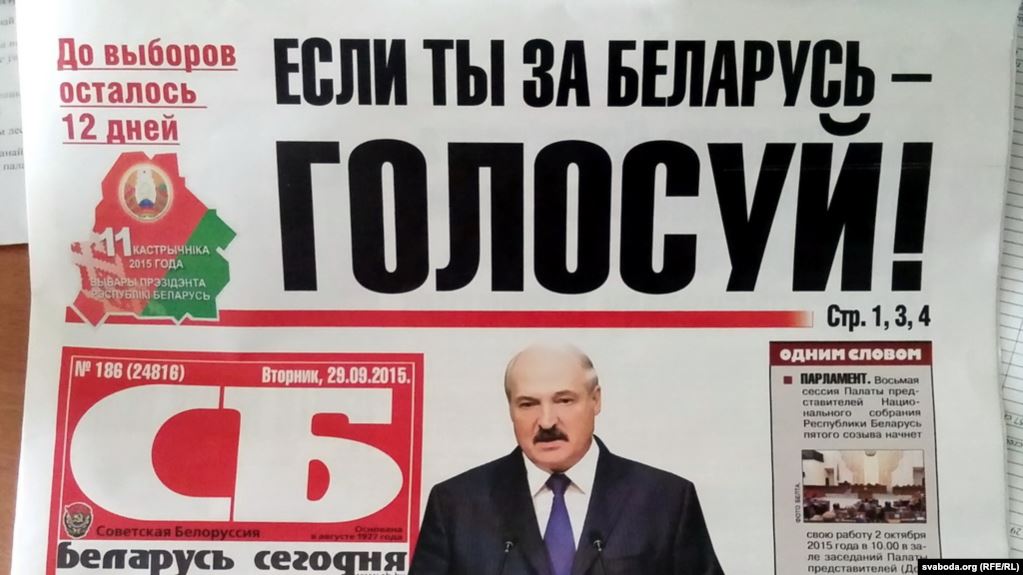 As the presidential campaign kicked off, Tell The Truth, Belarusian Social Democratic Assembly, and the Liberal Democratic Party have placed their presidential bids. They started preparing and forming initiative groups long before the elections were announced. The primaries’ organizers, so far, have failed to agree on a single candidate from the coalition, however, they still have time before the signature collection stage ends. Bloggers promoting a socio-political agenda may support Tikhanouski, a recently arrested blogger affiliated with “A country to live in” project, and former High Tech Park head Tsepkalo, who promotes the interests of the IT sector and market reforms among government officials.

Immediately after the date of presidential elections was decided, the following candidates announced their participation: Tell The Truth co-chair Dzmitryeu, Belarusian Social Democratic Assembly (Hramada) head Cherachen, and Liberal Democratic Party chairman Haidukevich. Tell The Truth and the LDP teams have extensive experience in participating in elections at all levels, including collecting signatures for presidential bidders. Cherachen is attempting to recruit activists and strengthen BSDPH capacities with an eye on the next electoral cycle, that is, local elections in 2022 and parliamentary in 2023.

All bidders in the primaries, Kazlou from the United Civic Party, Hubarevich from For Freedom, and the Belarusian Christian Democracy co-chair Kavalkova, are likely to register their initiative groups and extend the selection process of a single candidate until the end of the signature collection stage.

Blogger Tikhanouski, who also has announced his presidential bid, aspires to convert his media popularity into a political campaign. Over the past year, his project “A Country to Live in” has significantly gained in online popularity by addressing current socio-political issues and, also, becoming popular among protest groups previously having zero interest in politics.

Former political prisoner Statkevich and his supporters aim to register dozens of initiative groups for organizing protests in the regions. However, the participation of such protest candidates is limited only to the signature collection stage.

Former HTP head Tsepkalo has announced his presidential bid, allegedly relying on the support of the previously apolitical IT sector and reformists in the government. Previously, he occupied senior managerial positions, such as Hi-Tech Park head (2005-2017), assistant to the president (2002-2005), Belarus’ ambassador to the United States (1997-2002), and deputy foreign minister (1994-1997).

Overall, presidential nominees are likely to grow in number in the coming weeks, albeit most of them do not aim to register as candidates, rather use the signature collection stage to build their audiences.