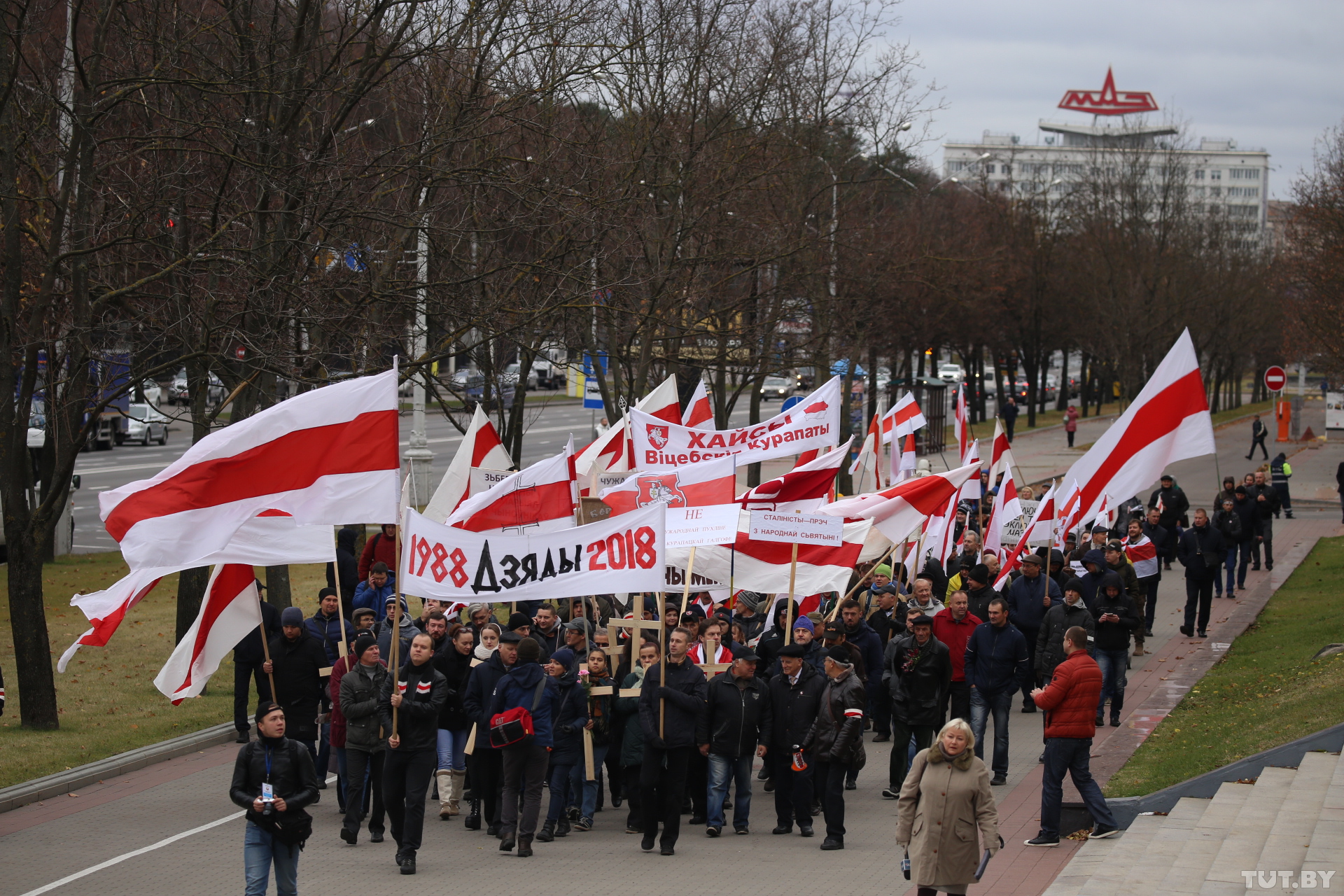 Political parties further focused on working with their voters and agendas, which helped them to avoid tension over activists. The Belarusian Popular Front focused on counteracting the Russian threat, Tell The Truth promoted gender and local issues in the regions, right-centrists – reforms in local governance and education, and the Belarusian National Committee attempted to reanimate street protests in Minsk.

National Democrats are attempting to mobilise their activists and potential supporters with the rhetoric about the Kremlin’s threat to Belarus’ independence. The Russian threat is likely to be the primary campaigning issue for the parliamentary and presidential nominees from the Belarusian Popular Front in the elections of 2019/2020.

A likely presidential candidate from the centre-right coalition, Paval Sevyarynets, started his campaign with field trips to Belarusian regions and leadership training in Minsk. In addition, he continued to coordinate the protest in Kurapaty. These activities have boosted his popularity in the centre-right coalition’s talks on the presidential candidate. Simultaneously, centre-rightists continued to cooperate with MPs Kanopatskaya and Anisim to advance their agenda.

Tell The Truth aims to increase the political participation of women and representatives of local communities in the regions through gender-focused activities. In addition, thereby they are improving their networking with regional organisations in the run-up to the elections of 2019/2020.

The BNC is attempting to assess the protest movement’s mobilization potential and organise protests near the KGB building. That said, attempts to hold street protests in Minsk this autumn were unsuccessful, despite street leaders’ attempts to organize them. The BNC has somewhat altered the format of such events to avoid a harsh response of law enforcers and minimize the risk of detentions. For example, the BNC leaders urged not to use political symbols (flags, etc.) during a rally near the KGB.

As the elections draw closer and when the nomination process kicks off, tensions among political parties are likely to increase due to the fight for activists.