Political organizations gear up for the presidential elections; parties and civil society raise funds for paying out fines and organizing Freedom Day celebrations 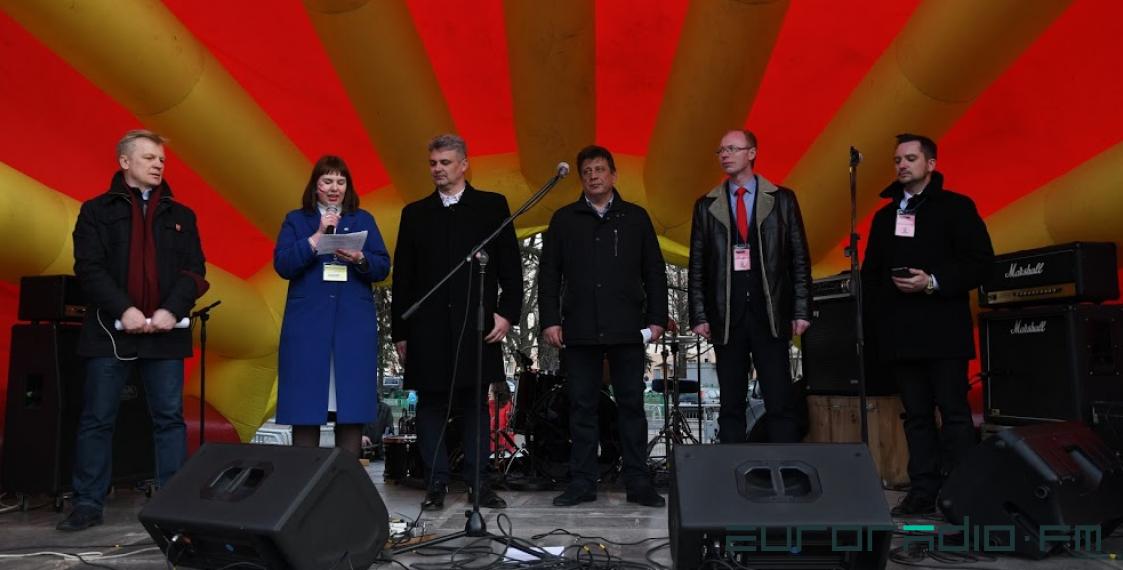 Some political parties have stepped up negotiations about the participation in the presidential elections and tentatively agreed on the nomination of a single presidential candidate. Civil society has demonstrated high solidarity with the participants in December rallies and raised more than BYN 22,000 trough crowdfunding to pay their fines.

The center-rightists (the United Civic Party + Belarusian Christian Democracy + For Freedom Movement) and the Belarusian Popular Front, the Belarusian Social Democratic Party (Hramada) and the Green Party have announced a broad coalition to nominate a single presidential candidate. So far, the nomination procedure has not been established. There may be some tension among the coalition members about the nomination procedure, given that some parties have ambitious bidders for the status of a ‘single’ candidate.

Other organizations, which have already announced their presidential ambitions, have remained outside any coalitions, including “Tell The Truth”, which is anticipated to announce its candidate soon. In turn, Belarusian Social Democratic Party head Charachen and former presidential candidate Statkevich, appear to be willing to use the collection of signatures to reach out to protest audiences and train their activists.

The center-rightists and the Social Democrats have announced a fundraising campaign for organizing celebrations of the 102nd Anniversary of the Belarusian People’s Republic. They have decided to abandon the protest format of the celebrations and aim to receive an authorization to hold a rally and a concert with a political agenda.

Meanwhile, the Belarusian Popular Front and national-cultural projects have detached themselves from the center-rightists and social democrats’ initiative. Political parties appear to be unable to reach an agreement with the organizers of the BPR-100th Anniversary celebrations, which will make it difficult to raise the necessary funds.

The fundraising campaign in solidarity with those sentenced to heavy fines for December protests is ongoing. To date, it has raised more than BYN 22,000 to help participants in rallies in support of Belarus’ independence.

The initiative of former MP Kanapatskaya on guarantees to the first president has been disregarded by the Belarusian leadership. Equally, the attempt to start a negotiation process between the authorities and the opposition on the transit of power in Belarus has not found a response among public organizations and political organizations.

Ultimately, many political organizations aim to use the signature collection period to reach out to protest audiences and do not aspire that their presidential nominees be registered. Simultaneously, a broad coalition led by center-rightists and the Tell The Truth movement hope for meaningful participation in the upcoming elections and registration of their candidates.