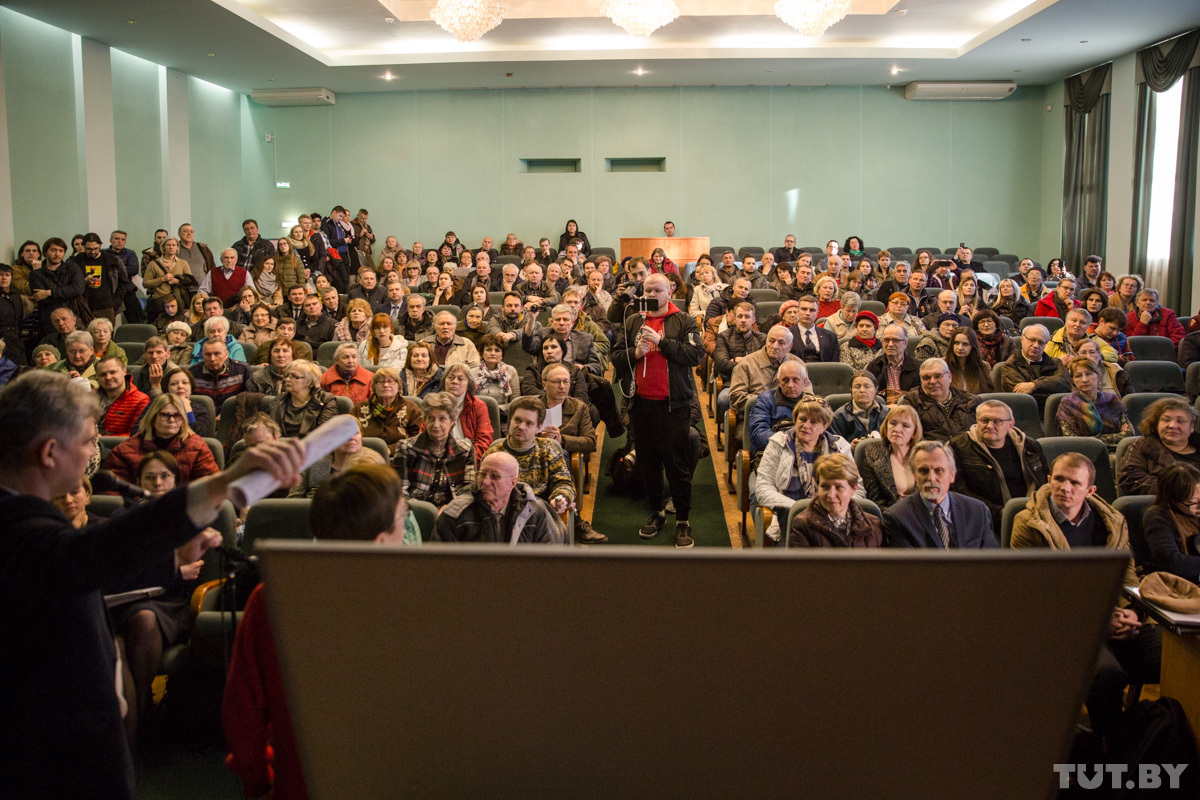 Last week, “For Freedom” Movement managed to assert residents’ interests in Minsk and prompted the authorities to abandon sealing construction plans. In response to criticism on social media, the local authorities have folded souvenir trade in the October street. The United Civil Party (UCP) has announced a fundraising campaign to pay for office and running costs.

“For Freedom” movement, led by Hubarevich, has prompted the authorities to abandon the sealing construction plan in the Pershamayski district of Minsk. The plan envisaged the construction of a parking lot in an old residential area. For a long time, “For Freedom” has been leading residents protests of such plans through signing petitions and making public statements, holding meetings with the local authorities and consistently engaging in a dialogue with the Architecture Ministry.

In addition, “For Freedom” is leading a campaign against the pollution of the river Dzitva in Lida; it has organized a petition and delivered an appeal by residents to the Minsk City Council to relocate Minsk Tractor Factory foundries outside Minsk. A UCP activist has prompted the local authorities to build a children’s playground in Babruisk. The Belarusian Christian Democracy (BCD) has prompted the authorities to assign two ambulances to an outpatient clinic in Pinsk, which increased medical care availability.

Overall, civic and political organizations (UCP, Tell The Truth, For Freedom and BCD) have significantly stepped up their advocacy work to protect the interests of vulnerable groups and local communities, building on success stories.

Meanwhile, the United Civil Party has announced a fund-raising campaign to pay for office and communication. After the long-term Chairman of the party, Anatol Lyabedzka was replaced by Palyakova, and then Kazlou, the situation in the party continued to deteriorate. That said, the UCP is not even attempting to recover cooperation with UCP member and MP Kanapatskaya, whose influence and skills could prevent the party from losing its political capital.