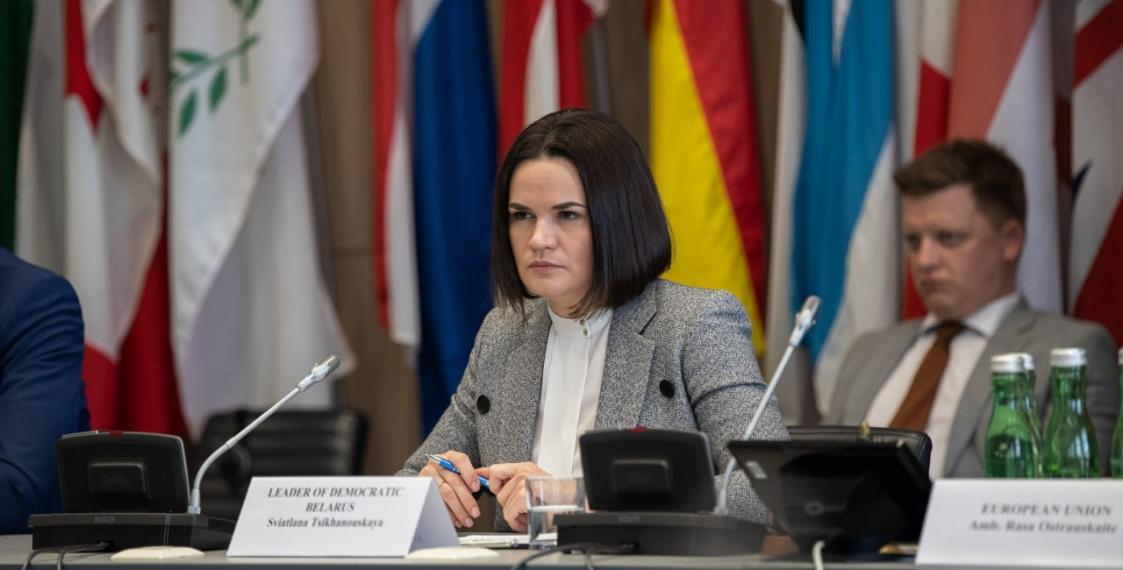 Democratic forces are disrupting Lukashenka’s attempts to resume communication with Western capitals and ease sanctions. The centre-right promotes a firm resolution against the Lukashenka regime at the congress of the largest political bloc in the European Union – the European People’s Party.

The centre-right and Sviatlana Tsikhanouskaya, the democratic leader of Belarus, take part in the congress of the European People’s Party (EPP). As a result, the EPP adopts a firm resolution against the Lukashenka regime and in support of civil society and political exiles.

Democratic forces maintain international attention with a Day of Solidarity. The US Secretary of State affirmed US support for Belarusians on the anniversary of the detention of Siarhei Tsikhanouski.

Critics of Tsikhanouskaya’s office, the Coordination Council, the National Anti-Crisis Management, and expatriate fundraising initiatives are becoming more vocal as the protracted confrontation with the Lukashenka regime continues. In response, Tsikhanouskaya’s office declares it is ready to conduct an audit of activities, improve communication with supporters of change, and make Sviatlana and the office team more accessible.

Diaspora communities focus on the anti-war agenda and developing means to coordinate emigrants with the activities of other Belarusians around the world. Inside Belarus, the anti-war movement and cyber guerrillas continue to monitor and report on military activity.

Political party projects and congresses of new parties such as Together and Our Party have been paused due to unfavourable political conditions and continual repression. However, political organisations continue to conduct activities online. In Homiel, political activists continue to hold cross-party meetings at the offices of the United Civic Party regarding anti-war topics.

The influence of democratic forces is somewhat weakened as internecine conflict and recriminations increase.