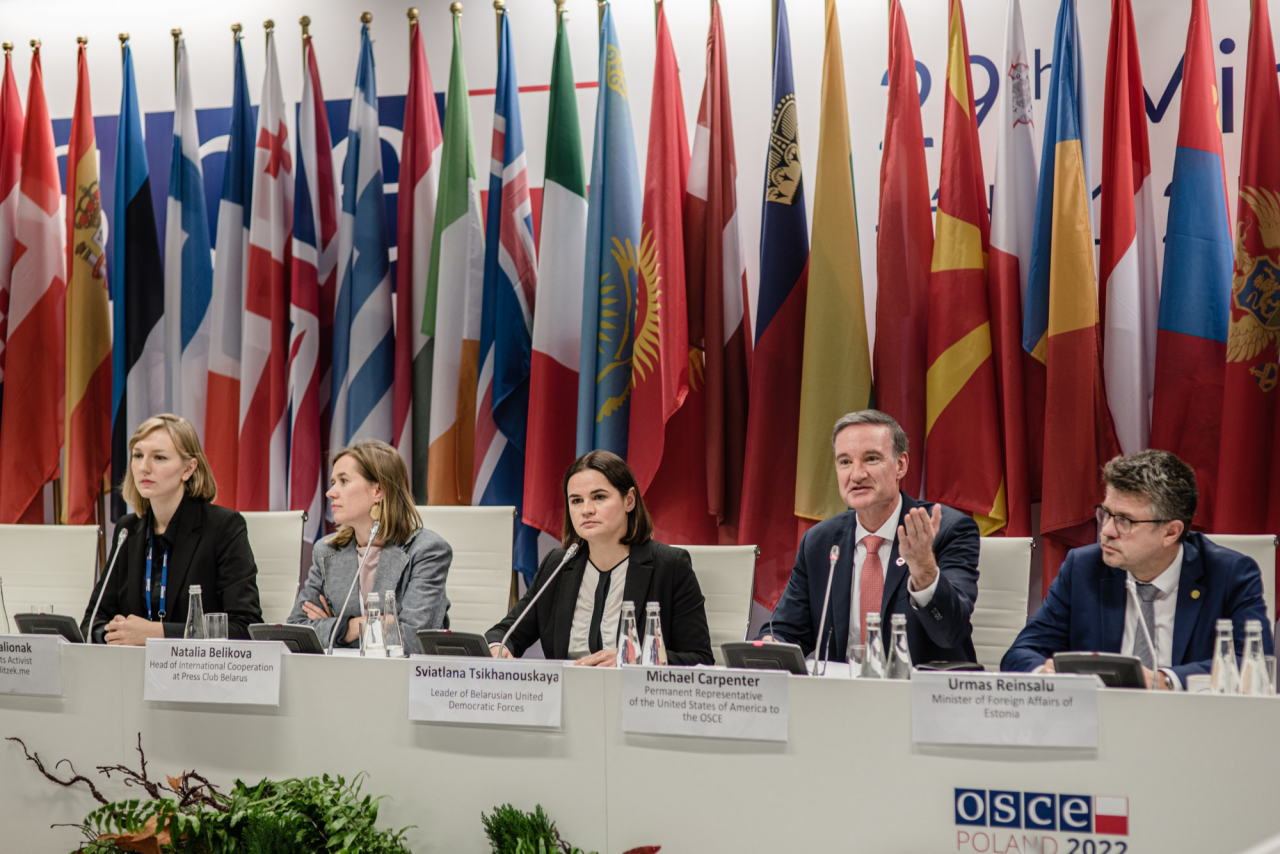 The leader of democratic Belarus, Sviatlana Tsikhanouskaya, raises Belarusian issues at the OSCE, the Kyiv Security Forum and the Munich Conference in Bucharest. Digital activists are launching an ambitious project to unite all Belarusians, develop socio-cultural and economic ties and services, and support international political and representative activities.

Democrats maintain their influence in European capitals and within international organisations, advocating robust sanctions against the Lukashenka regime and securing a new assistance package from the European Commission. Meanwhile, the European Union and Great Britain have expressed concern about the condition of Maria Kalesnikava.

Sviatlana Tsikhanouskaya represents Belarus at the OSCE Ministerial Council meeting and meets with the Romanian leaders to advocate sanctions and support for civil society and students. She also spoke via video conference at the international Kyiv security forum, firmly supporting the territorial integrity of Ukraine and condemning Kremlin aggression.

Democrats and civil society have displaced the Lukashenka regime in some diplomatic functions. Representatives of the Belarusian Solidarity Centre held a meeting with officials of the Polish Ministry of Foreign Affairs and Ministry of Internal Affairs regarding extending the terms for issuing humanitarian visas.

The key objectives of the opposition coalition include personal sanctions against representatives of Lukashenka’s regime, internal pressure (the “Victory” plan), international criminal prosecutions, and assistance to volunteers in Ukraine.

The United Transitional Cabinet continues to court supporters of forceful regime change and members of the security forces, attempting to undermine the cohesion of the Minsk regime.

Democratic forces continue to take a tough stance in response to repression by the Lukashenka regime.