Consolidation of exiles, the anti-war movement in Belarus and diasporas on Freedom Day 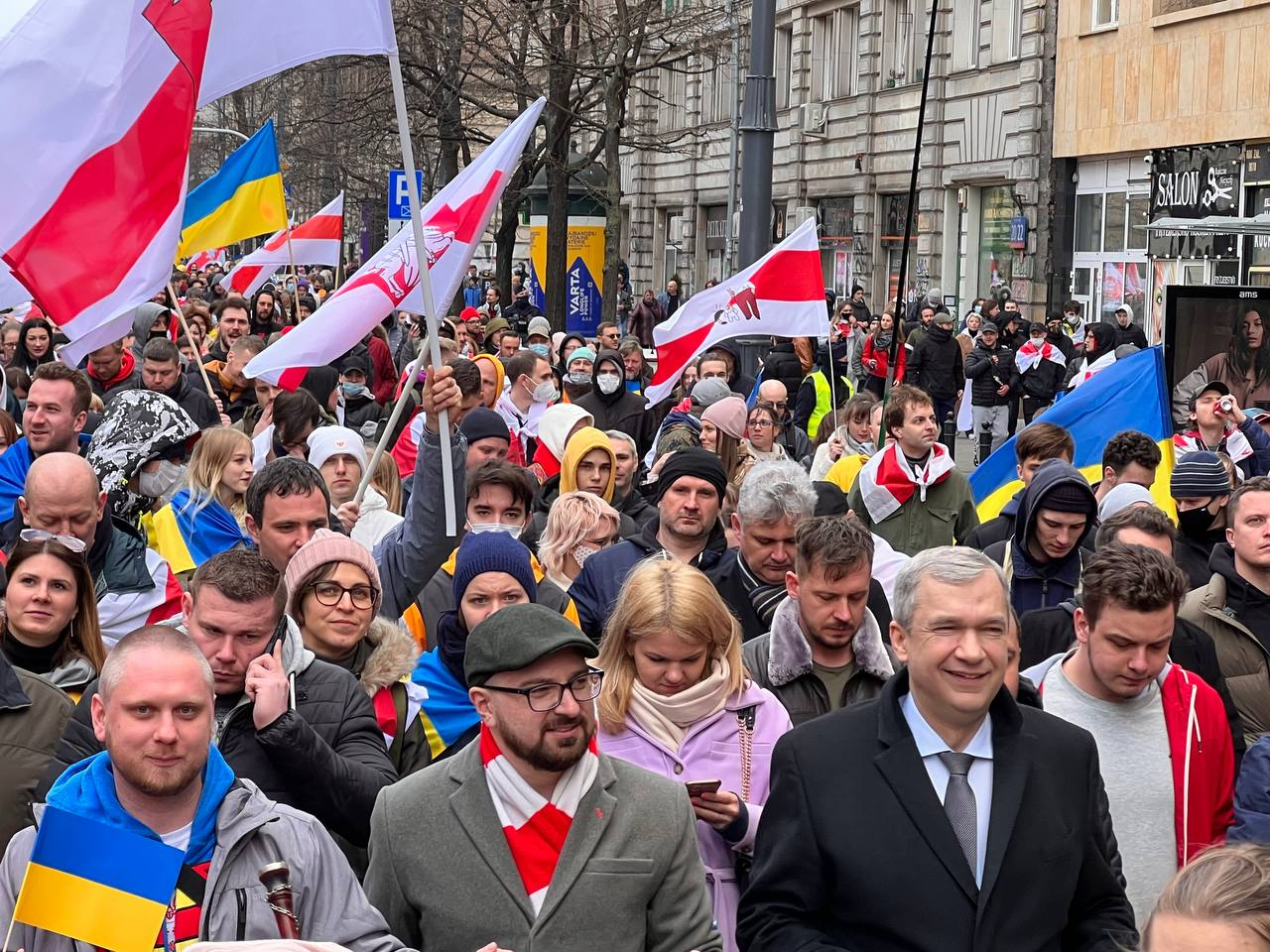 Democrats, diasporas and the anti-war movement in Belarus are attempting to mitigate adverse effects on Belarusians stemming from the Lukashenka regime’s support for the Kremlin’s invasion of Ukraine. An underground anti-war movement is developing in Belarus, but public protests are few and far between due to harsh repression.

In large cities, anti-war graffiti and leaflets appear. The rail war in Belarus continues despite harsh punitive operations by the security forces and the strengthening of security on the railways.

The “Honest People” community is trying to pursue an anti-war agenda within the law, establishing contact with deputies of local councils and parliamentarians.

Democrats and political emigrants mobilise the diaspora to participate in the celebration of Freedom Day. Meanwhile, a few activities to celebrate March 25th are taking place in Minsk, including a procession of activists and fireworks.

However, most organisations refrain from holding mass street events promoting national values within Belarus because submitting an application for authorisation may result in persecution by the security forces.

Democratic representatives are strengthening communication with the leadership of Ukraine, Poland and Western countries. Sviatlana Tsikhanouskaya and Pavel Latushka met with the Polish President Andrzej Duda as well as the Minister of Internal Affairs and the Foreign Minister of Poland. A delegation of democratic activists (representatives of Tsikhanouskaya, ByPol, and NAU) visited Kyiv to meet with deputies of the Verkhovna Rada. Representatives of the Coordination Council have also taken part in international meetings, including President Macron of France.

The office of S. Tsikhanouskaya, in cooperation with the Seimas of Lithuania, organised the Kastus Kalinoŭski Forum and met with the Ukrainian and American OSCE ambassadors. The forum is attended by representatives of the Baltic States, Ukraine, Moldova, the European Union, the USA and the UK. Belarusian democrats press for international delegitimisation of the Lukashenka regime, the recognition of Belarus as a temporarily occupied country, support for civil society and the anti-war movement, and assistance for Belarusian refugees from the war in Ukraine and repressions in Belarus.

Democratic forces are lobbying to develop a support program for Belarusian soldiers who refuse to fight against Ukraine. Parliamentarians from 10 countries have begun work on this initiative.

During the political crisis of 2020, the Orthodox Church was one of the pillars on which Lukashenka relied to retain power. However, support for the Belarusian regime and the Kremlin is eroding among Orthodox clergy and believers.