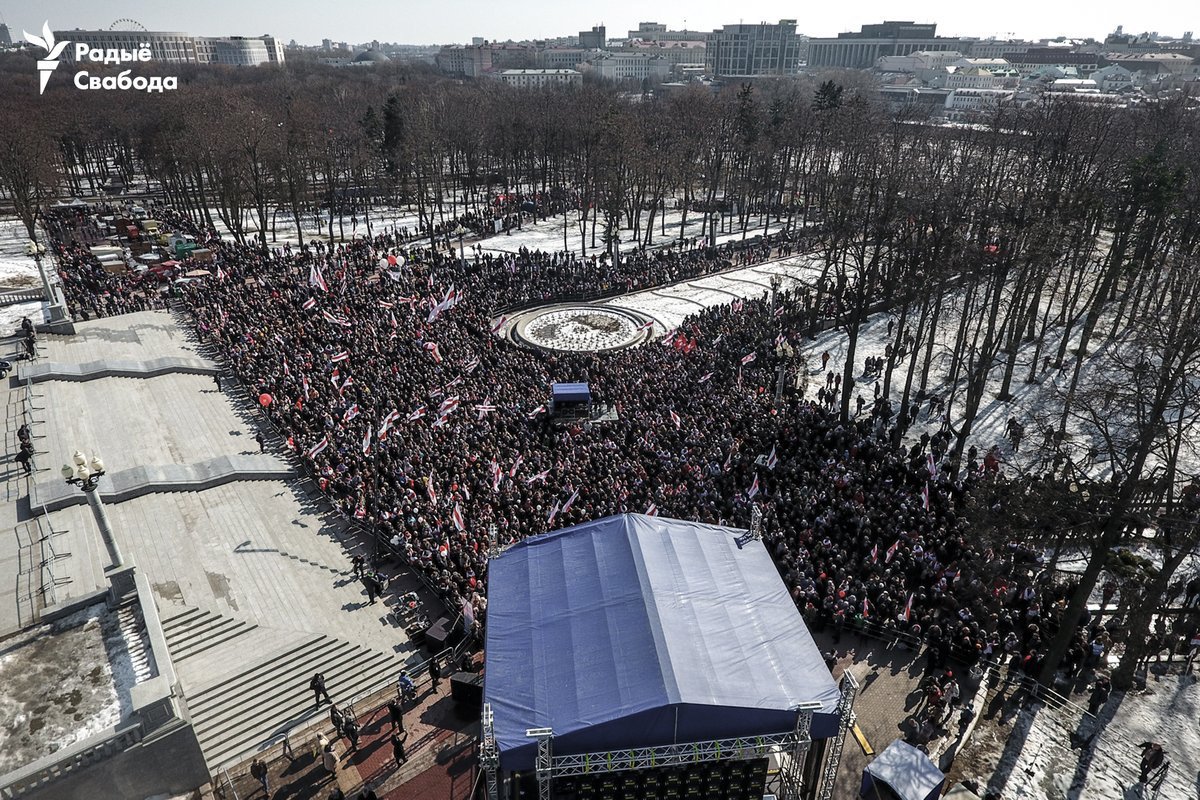 Despite an increase in confrontation among the opposition following arrests of street leaders and party activists, the commemoration of Freedom Day on March 25th was a massive and impressive one. Online activists have enhanced their positions in civil society by managing to gather some 30,000 participants in the Freedom Day celebration in Minsk. Limited human resources of civil society organizations and political parties have predetermined the focus of festivities in the capital and several large cities.

Civil society has divided into supporters of an ultimatum approach and those supporting the dialogue with the authorities. Simultaneously, Statkevich-led Belarusian National Committee has somewhat strengthened its positions, which was a side-effect of the authorities’ force actions, such as detentions and arrests of street protest leaders and party activists. The authorities’ actions have not ruined the plans to commemorate Freedom Day, however, have somewhat weakened the positions of party leaders among the politically-motivated population.

The limited human resources of civil society organizations and political parties have prevented them from organising Freedom Day celebrations throughout the country. For instance, despite the authorisation of the local authorities, organisers abandoned plans to hold Freedom Day celebrations in some cities, like, for example, Vitebsk and Bobruisk. Unlike in Minsk, in several cities, the organisers failed to raise the required funds to hold the celebration. The fact, that in some cities the authorities delayed the approval of demonstrations, could have had an impact on this.

In Minsk, the organisers of the festive concert have raised the required funds, which means, there is a significant potential for financing citizens’ socio-political activities provided that there is no opposition by the authorities. Online activists and bloggers have played a significant role in the preparation for Freedom Day celebrations, as they managed to engage new social groups and business in the organisation of celebrations. Overall, some 30,000 to 50,000 people attended the events near the Opera House on Freedom Day.

In the end, political parties have abandoned efforts to cooperate within the broad opposition coalition. Most likely, after March 25th, the support of the BNC’s ultimatum position would continue to decrease among the opposition electorate. However, it would depend on the authorities’ actions against the protest movement and their discourse towards the National Democrats and the national-cultural dialogue.