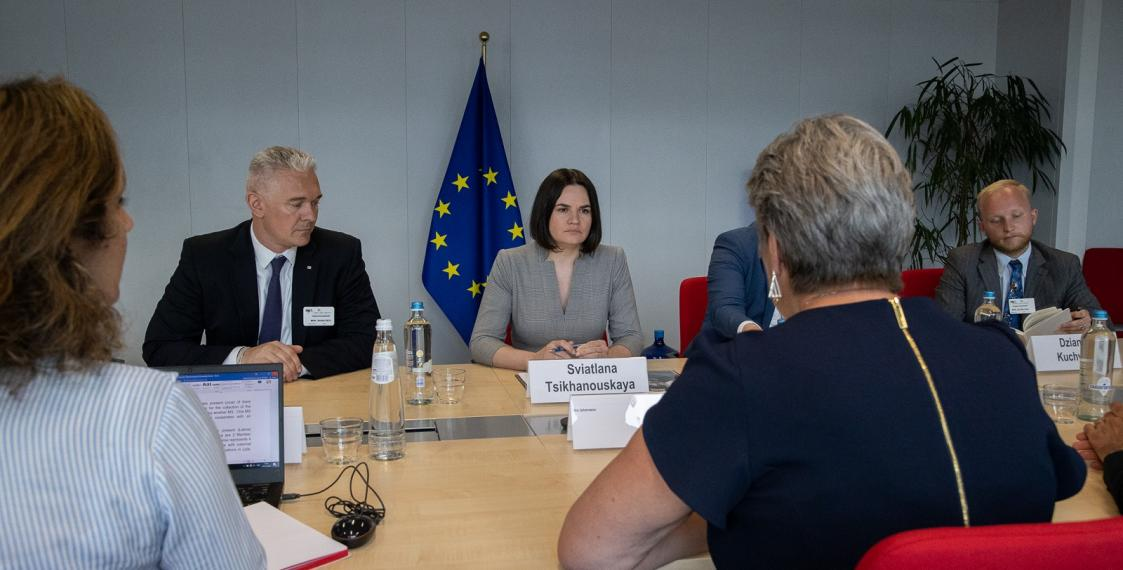 The audience of the communication channels of democratic forces and independent media continues to shrink due to, among other things, fatigue related to the war in Ukraine, the persistence of repression, and the summer season.

In cooperation with the office of S. Tsikhanouskaya, Kastuś Kalinoŭski international conference was held in the European Parliament, dedicated to the developing situation in Belarus.

Democratic forces succeeded in including a mention of Belarus in the final resolution of the European Parliament on granting Ukraine and Moldova the status of candidates for accession to the European Union.

The office of S. Tsikhanouskaya defends the interests of Belarusian emigrants in Ukraine and promotes the creation of a procedure for restoring legal status in Ukraine for Belarusians.

The NAU, headed by P. Latushka, focuses on the pro-European audience and promotes the concept of the European choice “Belarus and Europe: three steps forward”.

Democratic forces seek to create a special group on Belarusian issues under the European Commission to address visa and migration issues.

Despite the defeat of fundraising initiatives, Belarus managed to collect more than 1.5 million rubles to restore the church in Budsłaŭ.

Representatives of the diaspora organise actions in various European cities to draw attention to the situation in Belarus and the war in Ukraine.

BYPOL, the organisation of Belarusian ex-law enforcement personnel, conducts training for participants in the Pieramoha plan and Lithuanian Belarusians.

The protest and anti-war movement conducts partisan actions of disobedience inside Belarus.

Shortly the discussion about the long-term strategy of the civil society and democratic forces concerning the transformation of the Lukashenka regime will intensify.