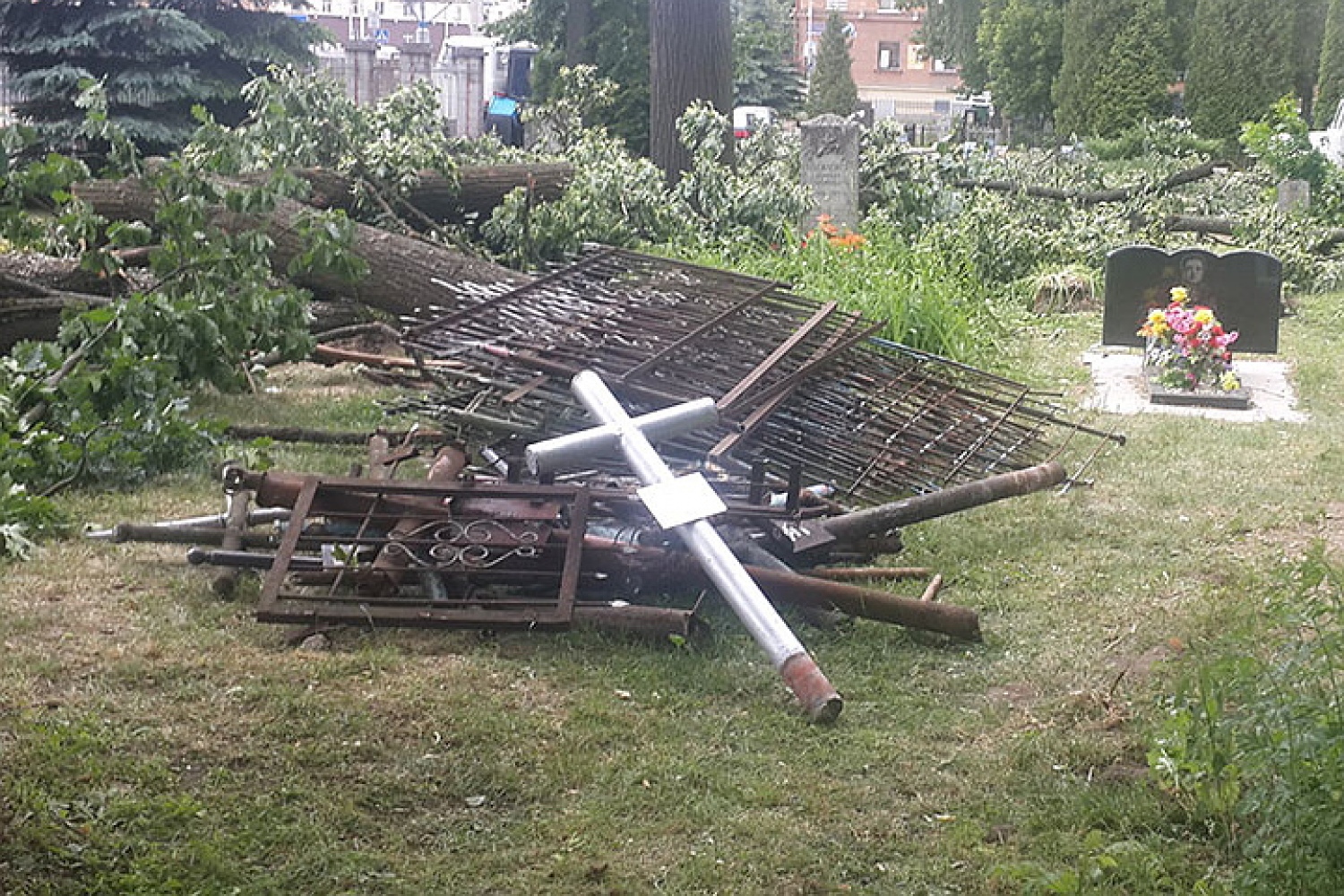 Civil society has achieved a local success: the prosecutor’s office suspended the controversial accomplishment at the Military Cemetery in Minsk. Tell The Truth is attempting to formulate a compromise solution for settling tension between citizens and local authorities. Civil society and the political parties are attempting to mobilise activists in support for trade union leaders. The ultimate confrontation between civic activists and the restaurant owner near the Kurapaty memorial site is at an impasse.

After several weeks of confrontation in the Military Cemetery between communal workers and civic activists the latter managed to stop the destruction of the cultural and historical heritage which was supposed to be ‘an improvement’. The prosecutor’s office took the protesters’ side and submitted an appeal to the Minsk City Executive Committee and the Culture Ministry.

Local communities continued to demonstrate their readiness to unite and use non-confrontational means of putting pressure on local authorities regarding environmental, urban development and sealing construction issues – for instance, in the case of the demolition of private houses in Gomel. Such cases have demonstrated the potentially high level of tension between local residents and investors in major cities and the capital. In such disputes, local authorities in most cases take the investor’s side and attempt to bar the population from influencing the decision-making, which often leads to an increase in protest moods.

In many cases, civic activists and the political opposition help local communities to organize and use legal means to put pressure on local authorities. For instance, Tell The Truth is attempting to introduce a new format for relations between local authorities and civil society in order to avoid an escalation. One of its leaders, Tatsiana Karatkevich, met with the deputy head of the Minsk City Administration to discuss recent amendments to the law on public events.

The authorities’ refusal to engage in a dialogue over the ongoing protest near Kurapaty leads to an increase in ultimatum moods among protesters. One of the protest leaders, Pavel Sevyarynets, urged to boycott other entertainment facilities belonging to the restaurant owner near the Kurapaty memorial site, as well as his suppliers. This however has not prompted the owner to close the restaurant.

Political parties are attempting to mobilise activists to support the leadership of the independent REP trade union who are facing criminal charges. The trial against the REP leaders, Fedynich and Komlik, will begin on July 30th, 2018.

Overall, in regions and the capital, tension between the local communities, investors, and the authorities may somewhat weaken. The political leadership has send a signal about the need to engage in a dialogue with the population, which, to a large extent, was facilitated by the civil society and political parties’ attempts to organise citizens and use various means to defend their interests.