Civil society and the diaspora continue to raise funds to aid the repressed; political organizations engage their supporters in election observation 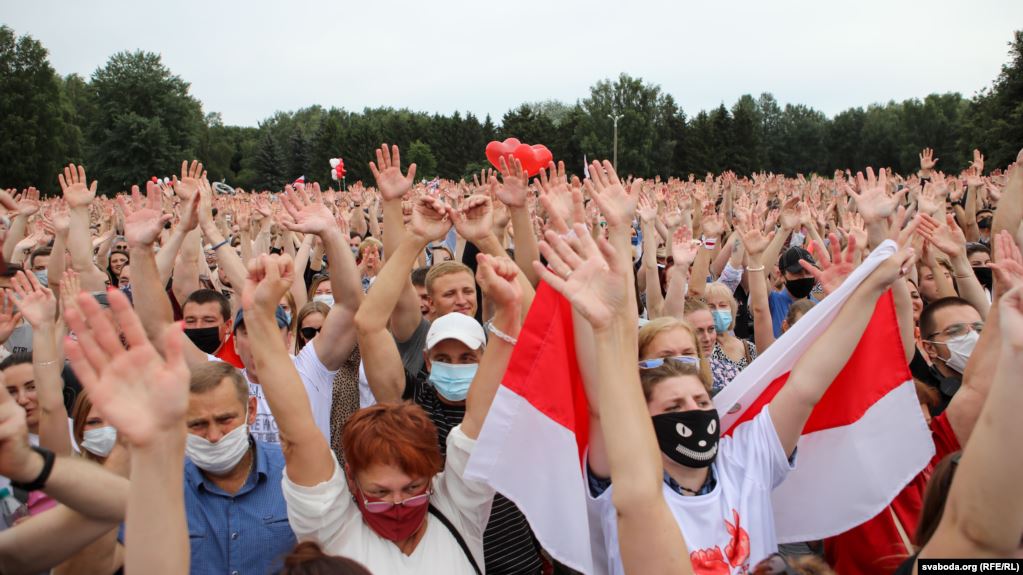 Civil society and the diaspora successfully continued the solidarity campaign with the repressed in Belarus and collected record-high funds to help families of victims of authorities’ arbitrary actions. Political organizations have declared support for registered candidates and engage their supporters in party observation.

Fundraising through crowdfunding remains a popular form of support for the repressed. For example, the BY_Help project collected record-high donations through Facebook – some USD 145k.

The diaspora continued to rally against political repression and in support of changes in Belarus: in Vilnius (Lithuania), Tel Aviv (Israel), Białystok, and Gdansk (Poland). Such events help to keep the Belarusian situation in the focus of the attention of international media and governments.

Decentralized activity to aid healthcare workers in the regions persisted. Leading fundraising platforms MolaMola and Ulej have not yet fully resumed their operations after the blocking of Belgazprombank accounts. The Mola Mola team aspires to launch a crowdfunding service in Ukraine, so far not abandoning plans to resume operations in Belarus.

Fundraising to combat the impact of COVID-19 continued through the Imena platform: organizers reported an increase in monthly donations, including through subscription.

Brest activists have attempted to resume public protests opposing the battery plant, however, encountered the counteraction from law enforcement – without harsh measures and detentions. Overall, public activity in Brest has subsided after the authorities launched preparations for a local referendum.

Some political organizations have focused on campaigning for their candidates – Tell The Truth and BSDH – others have joined the Sviatlana Tsikhanouskaya’s HQs (center-rightists) or joined the party observation the “Right of Choice 2020” (center-rightists, BSDP, Belarusian Popular Front, “Greens”). Our Home [Nash Dom] campaign has mobilized its supporters to aid the repressed in courts.