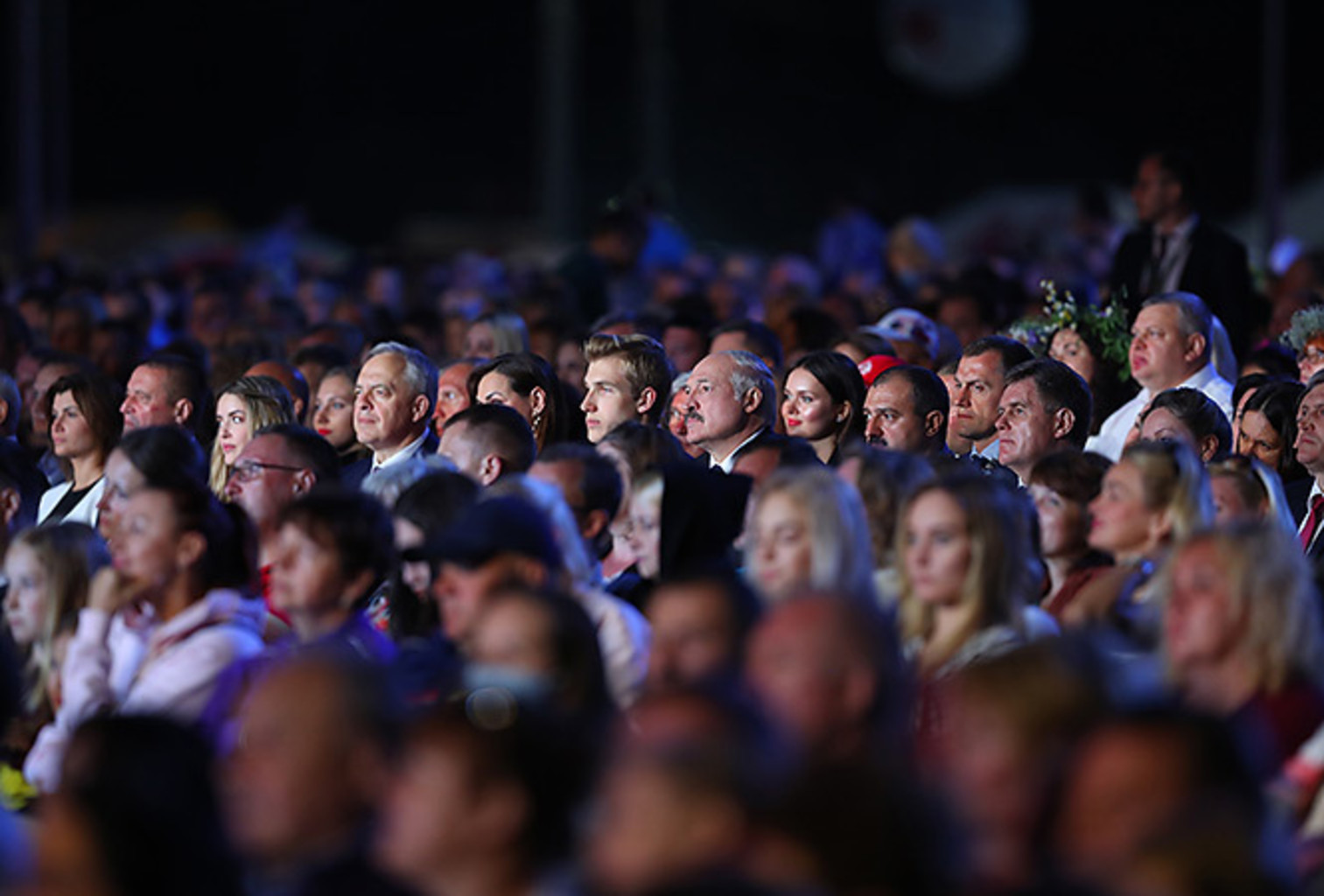 State ideologists rely on mobilizing the ‘top-down governance’ and resort to propaganda and power pressure to demotivate and frustrate their opponents. Political organizations and alternative candidates so far were unable to advance their issues.

The president has embarked on campaigning and held regular meetings with his ‘activists’, i.e. public officials. He attempts to rally the nomenclature and scares them with the persecution by the opposition in the case of defeat. The incumbent president has focused on his core voters, i.e. public sector employees at all levels. For instance, he held a meeting with representatives of the “largest media” organizations, which were exclusively represented by state print, online, and TV channels.

Further, authorities have provided guidance to election organizers about official voting results. According to the President’s Centre for Operations and Analysis, as published by a state TV journalist, Lukashenka’s popular rating is 76%.

Repressions and defamation of opponents

The state media have stepped up efforts aimed at demotivating, frustrating, and demobilizing supporters of Lukashenka’s rivals. Independent media has focused on harassment and repression by law enforcers.

Valery Tsepkala was forced to appeal to the prosecutor’s office regarding the perjury by a Turkish businessman against him.

The moderator of a youtube channel “A country for living”, Dzmitry Papou has faced criminal charges, becoming the 19th defendant in a criminal case for “organizing or actively participating in group actions grossly violating public order”.

Alternative candidates’ HQs have focused on aiding the victims of law enforcers, moreover, they are constrained by the “silence period”.

Minsk authorities have rejected the appeal by the United Civic Party to hold a meeting on a national referendum, which was proposed by Babaryka’s HQs.

Valery Tsepkala has mobilized those who signed up for him to prove signatures, some 50k people responded to his call.

Authorities linger, delaying candidates’ registration until the last moment, July 14th, to shorten the campaigning stage. In addition to Lukashenka, the CES may register Andrei Dzmitryeu, Ana Kanapatskaya, and Siarhei Cherechen. Sviatlana Tsikhanouskaya may be registered too, further to massive pressure on the opposition and aggressive campaign by Lukashenka. Babaryka yet has a chance to become a candidate, unless authorities find inaccuracies in his income statement.