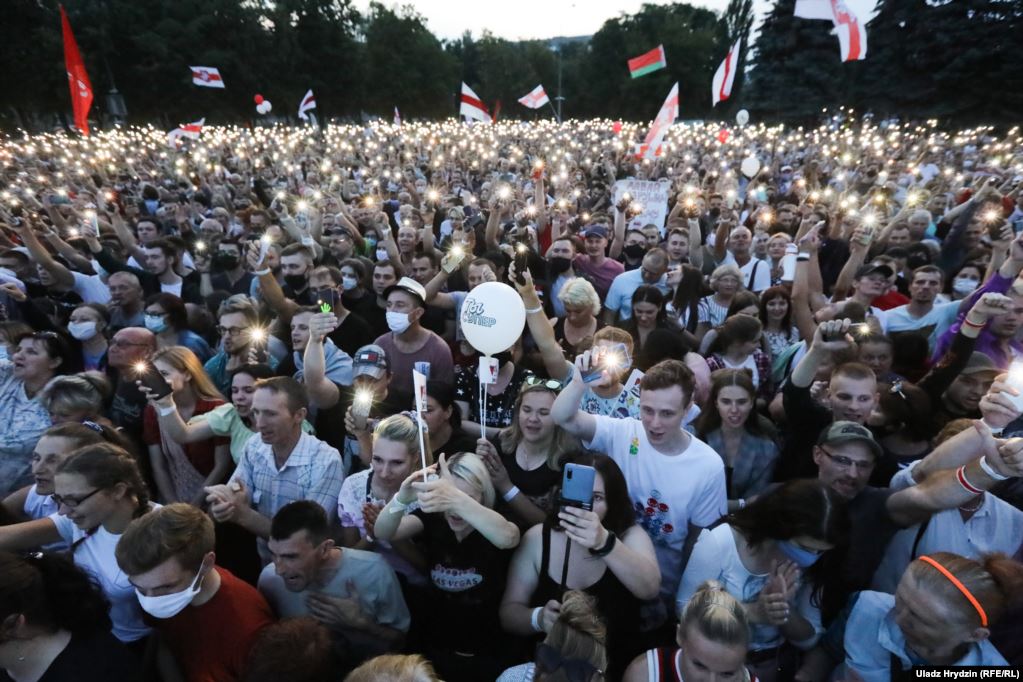 The CEC alienates from voters

Amid numerous requests from citizens to register as domestic observers, the Central Election Commission has limited domestic observation at polling stations to five observers on election day and three during early voting. Before this decision, local election commissions did not accept accreditation applications from independent observers, however, after the decision was announced, it turned out that pro-government organizations had already received accreditation. The CEC also refused to ensure transparent counting of votes. Previously, the CEC failed to send a timely invitation to international observers, did not allow opposition in electoral commissions. The CEC head had justified the decision to limit domestic observation by referring to election commission members’ fears. The CEC also decided to enable only state media in the press center on election day.

Overall, human rights activists have concluded that the presidential elections in Belarus have lost the remaining attributes of an election campaign.

Since the beginning of the election campaign, more than 1200 people were detained. Some of those detained in the last two weeks have been released. On July 22nd, the wife and mother of Paval Sevyarynets were informed about his release later that day, however, relatives, associates, and the media waited in vain. Presumably, Sevyarynets is unlikely to be released before the end of the campaign, making the total count of days in detention to 63. Members of Tsikhanouskaya’s initiative group and Statkevich would have spent more than 70 days behind bars by then.

Last week, the Prosecutor General notified that new charges were brought against Viktar Babaryka: part 2 of article 431 (giving a bribe) was re-qualified to part 3 of article 430 (taking a bribe).

The scale of repressions during the campaign has raised concerns in the European Union.

Presidential hopeful Tsepkala has left Belarus with his family.

On July 21st, candidates Tsikhanouskaya, Kanapatskaya, Cherechen, and Dzmitryeu made TV appeals to their voters, which were broadcast uncut.

Amidst unprecedented mass rallies for Tsikhanouskaya, Cherechen and Kanapatskaya abandoned plans to hold pickets, Dzmitryeu continued to meet with voters while touring the country.

Campaigning is further hardly visible in the streets. By law, authorities are obliged to put up campaigning materials two weeks before the elections. At the end of the week, the CEC sent out leaflets with information about five candidates.

Last week, Lukashenka harshly criticized his HQs for information policy failures and demanded that Foreign Ministry revoked accreditations of foreign media outlets: Radio Svaboda, BBC, and KP in Belarus. After that, his headquarters released several videos of president’s meetings with ordinary voters in a free manner. However, most Lukashenka’s campaigning meetings take place in isolation from ordinary citizens – with his executives and in military units.