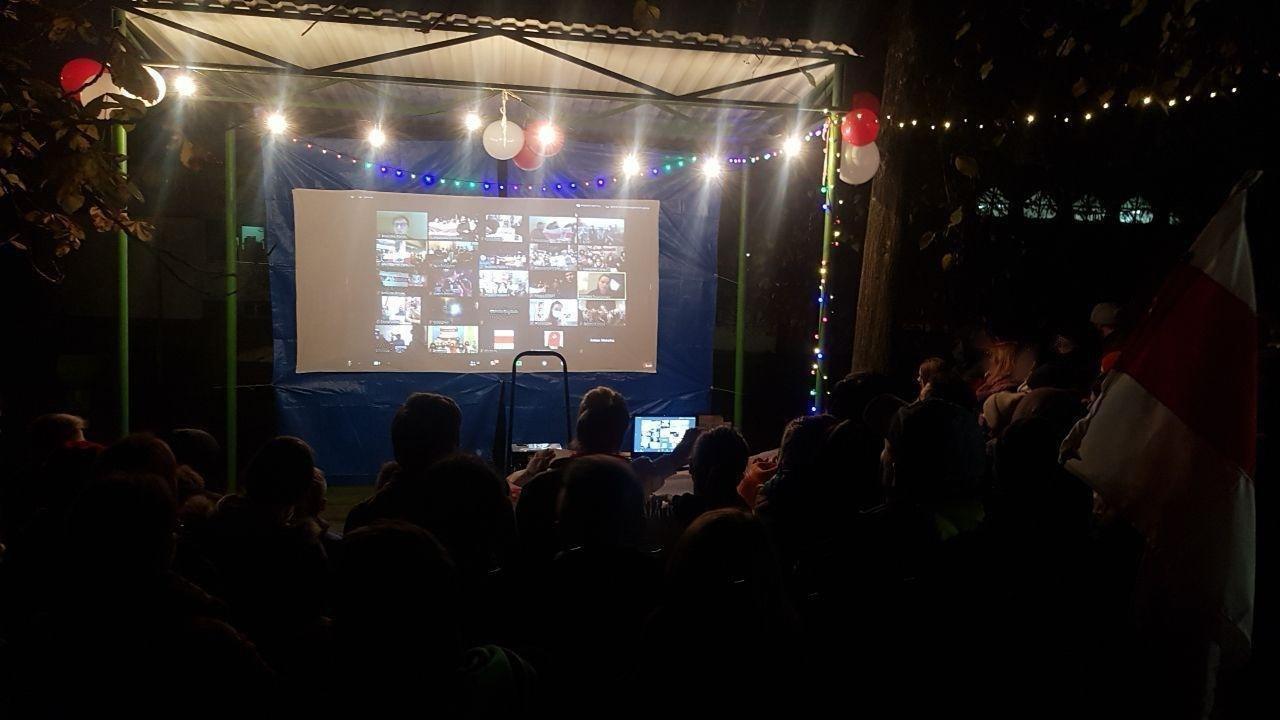 Different civic initiatives continue to advance their agenda, putting forward demands to the authorities and criticizing the approach to constitutional reforms. Local grass-root activity in residential areas, being coordinated through Telegram chats, is becoming regular and sustainable.

Civil society and political organizations continue to oppose constitutional reforms on the authorities’ terms and aspire to retain issues of Lukashenka’s resignation, the re-election, and the end of violence on the top of the agenda.

Human rights activists made a joint statement about the impossibility of carrying out constitutional reforms without changing the electoral legislation and stopping the persecution of opponents.

In response to repression and police brutality, the medical community is consolidating and putting forward joint demands. More than a thousand health workers have signed an open letter condemning the police violence and demanding new elections. Scientists of the National Academy of Sciences also made a video appeal, criticizing repression and demanding to stop the violence.

Sporadic rallies organized by the Belarusian diaspora all over the world continued, catching the attention of the world media, society, and politicians. Civil society and the opposition retain strong positions in shaping the Belarusian-European agenda. The Belarusian democratic opposition was awarded the Sakharov Prize.

Last week, the head of EU diplomacy and the US Secretary of State discussed the situation in Belarus. The European Union continued preparation for the introduction of sanctions against Lukashenka. Tsikhanouskaya discussed the support for the Belarusian people with the Danish government, trade unions and non-governmental organisations.

Tsikhanouskaya’s team and the Coordinating Council have strengthened cooperation and announced a bailout plan for the Belarusian economy in the case of democratic reforms.

Grass-root initiatives in residential areas of cities (primarily in Minsk) have turned into a regular activity. Such meetings of residents are coordinated through Tg and Viber chats, counting from dozens to thousands of participants. The residential area communities hold regular meetings not only to discuss the political situation and address local issues but also to engage in a dialogue with the authorities. So far, security officials have failed to intimidate and stop local self-organization despite arrests of chat administrators.

The growth in civic activity has prompted the regime to collect feedback from residential communities through the creation of state-controlled chats with local administrators (for example, with local housing and communal organisations’ heads).

The political landscape continues to change in Belarus as new players emerge. The leadership of the Civic Initiative entitled “Soyuz” [Union] has decided to establish a pro-Russian political party under the same name in Belarus. “Belaya Rus” GONGO is preparing to institutionalize as a political party. However, it is worth to mention, that similar statements and initiatives repeatedly appeared in the media over the past decade. Without a doubt, the Belarusian strongman fears the emergence of a strong alternative political centre and the consolidation of the nomenklatura within one party.

Amidst increasing politicization of society, the political landscape in Belarus is likely to continue to change, with new coalitions and political organizations emerging, especially before the inevitable election campaign.