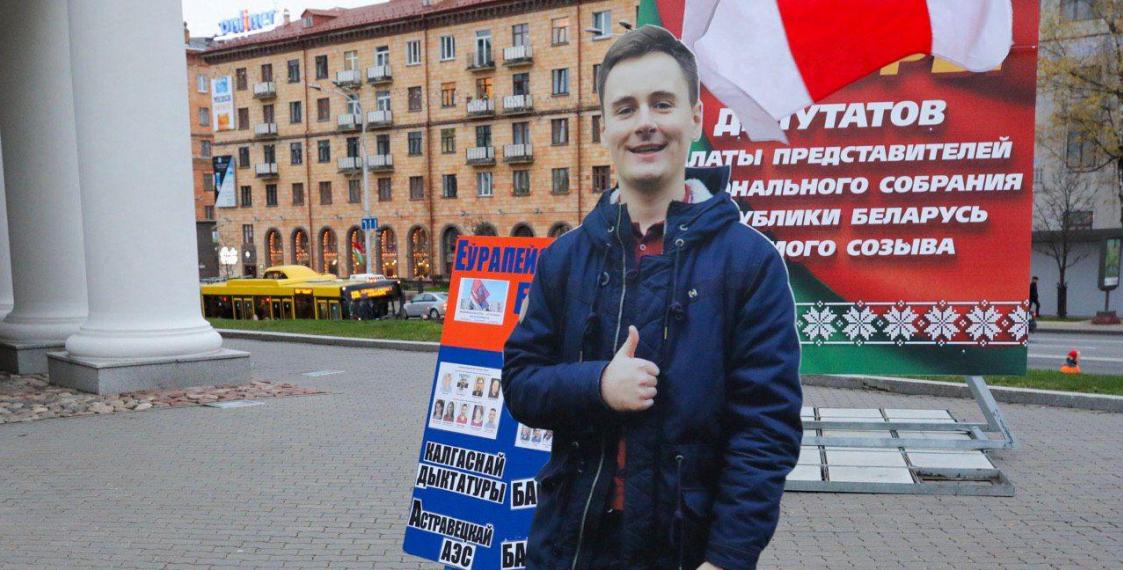 Blogger NEXTA and other bloggers are attempting to convert their online popularity into political influence and mobilize supporters for the public activity in Minsk within the ongoing parliamentary campaign. A traditional procession to commemorate ‘Dzyady’, aka Forefathers’ Eve, gathered several hundred participants, primarily with national-democratic views.

By the time of the rally held in the Freedom Square, the film by Belarusian blogger NEXTA about the Belarusian president has been viewed more than 1.5 million times. Films harshly criticizing President Lukashenka were disseminated before by independent and foreign media, such as, for example, a film shown by Russian TV channels before the 2010 presidential election. However, the creators of those films were not directly involved in mobilizing their audience for street rallies. Bloggers and politicians aim to repeat the rally in a week. Independent media provided various estimates of participants’ number, but in any case, there were more than 400 people.

That said, bloggers primarily mobilized young people and students. In addition, the event was held as part of the ongoing parliamentary campaign in line with the existing legal framework, which precluded a tough response by law enforcers. The event was also attended by street protest leaders from “European Belarus” and some politicians. A wide range of socio-economic and political issues has been addressed at the rally.

Some opposition parties with a national democratic agenda have mobilized their supporters for a traditional rally Dzyady in memory of the victims of Stalinist repressions. According to independent media, some 250 people participated in the rally, i.e. fewer than in previous years.

Overall, bloggers pursuing a socio-political agenda are likely to strengthen their positions in the protest movement, especially if they manage to mobilize youth.