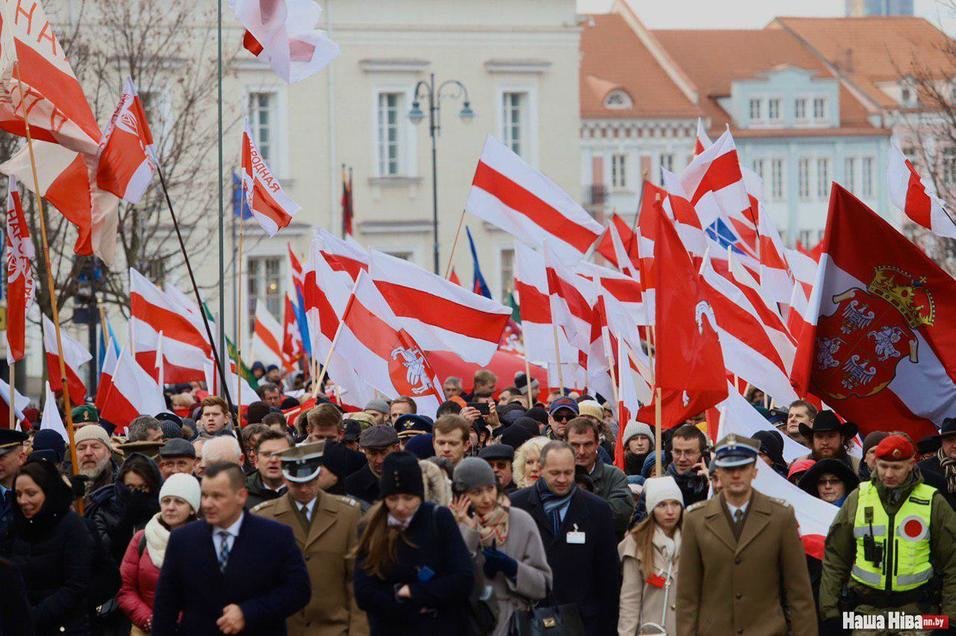 Several Belarusian NGOs have organized trips to Vilnius to participate in the reburial of rebels in the Kalinouski-led uprising in 1863. More people representing pollical and civic organisations have announced their presidential ambitions, however, their number is likely to decrease when the presidential campaign starts.

Last week, a major event for Belarusian civic activists was held in Vilnius, where the reburial ceremony was held for participants in the Kalinouski uprising of 1863. Some civic organisations organized group trips to Vilnius for the event. Thanks to white-red-white flags and symbols, the large Belarusian delegation was visible in the streets. The participants arrived not only from Belarus but also from other states of immigration, primarily from Poland. In fact, the reburial was earlier debated in Belarus in social media and in independent media outlets.

After the parliamentary campaign, BCD co-chair Olha Kavalkova announced her presidential ambitions and the desire to become a candidate from a broad coalition. Their intentions to participate in the primaries in the centre-right coalition were also announced by BCD co-chairman Paval Sevyarynets, UCP head Mikalai Kazlou and For Freedom leader Yury Hubarevich. Tell The Truth also aims to nominate a candidate at a congress. BSDP “Narodnaya Hramada” head Mikalai Statkevich also plans to run for the presidency. However, his criminal record, which expires in 2023 would be an obstacle. Earlier, former MPs Anisim and Kanapatskaya declared their presidential ambitions.

Civic activists in Brest have prompted local authorities to inspect the battery factory. The chairman of the city executive committee and independent journalists visited the dangerous production site to check whether the factory complied with the suspension warrant (civic activists claimed it did not). Civic activists refused to participate in the inspection since some protest leaders were excluded from the delegation by the authorities.

Some potential presidential nominees are likely to leave the race due to weak organizational capacities.