The Russian military presence in Belarus may expand 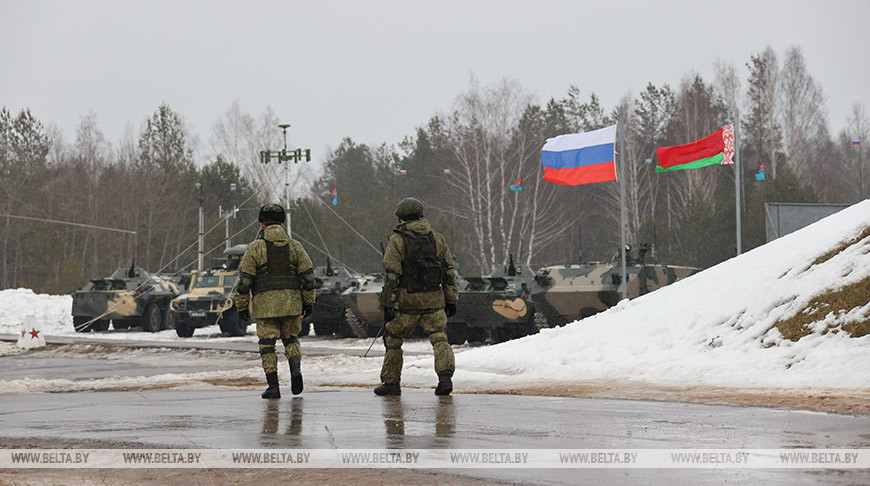 New Russian military facilities may be created under the guise of joint training and combat centres.

On October 31st, Lukashenka approved a draft agreement with Russia on creating and operating a joint combat training centre. The text of the deal is still not available for review.

Previously, three joint combat training centres were created following an interdepartmental agreement between the Ministries of Defence of Belarus and Russia, concluded in March 2021:

All that is known about the activities of these centres is that at least one group of Belarusian servicemen has been trained.

An agreement between Minsk and Moscow for the transfer of S-400 anti-aircraft missile systems was reported. Sufficient Belarusian servicemen have been trained to support a division-sized deployment. Meanwhile, the Belarusian Ministry of Defence announced that rearmament with upgraded armoured systems had been completed, understood to mean modernised T-72B3 tanks and BTR-82 APCs.

The Belarusian army possesses an incomplete battalion of T-72B3 tanks and two battalions of BTR-82 mechanised infantry. This is unlikely to fully meet the armoured vehicle requirements of the Belarusian army, but further supplies from Russia have ceased due to the inability of the Russian military-industrial complex to supply export orders, given the ongoing war in Ukraine. The relevance of the Hrodna and Kaliningrad training facilities is consequently questionable, while the Nizhny Novgorod facility may be required for training Russian servicemen.

Obfuscation of the legal standing of the joint combat training centre may be a consequence of the need to expand Russian military presence in Belarus without authorising new Russian military bases, which Minsk regards as undesirable for political reasons. It may be assumed that the new joint combat training centre will have a similar status to the existing Russian military facilities in Belarus (the 43rd communications centre of the Russian Navy “Vilejka” and the Hancavičy Radar Station). However, uncertainty will remain until the publication of the agreement. In either case, the nature of the training and the geographical location will be of particular interest.