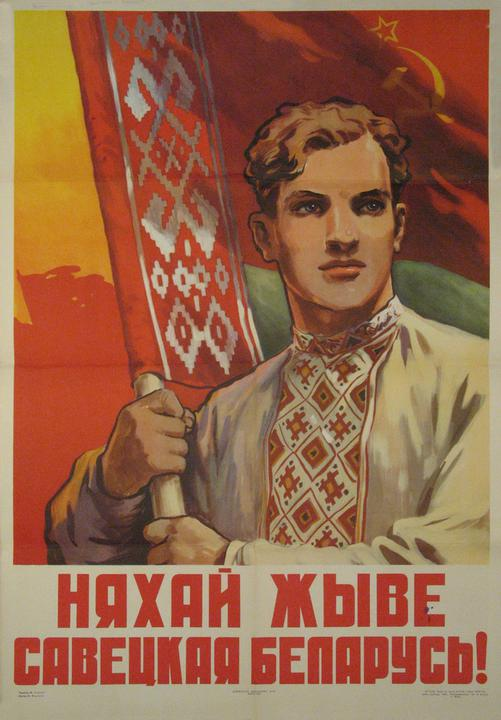 Confrontation with dissidents remains the norm as security forces continue to impose a depoliticised neo-soviet ideology on society. The leadership hails the effect of price controls on lower inflation and retail prices and continues to tackle side effects arising from these initiatives.

The Ministry of Internal Affairs added the slogan “Long Live Belarus” to the list of Nazi symbols and attributes, thus expanding the criteria for the criminal prosecution of supporters of the national democratic movement.

Security forces continue to purge dissent with arrests, fines, seizures, and criminal prosecutions, including sectoral purges of institutions such as the Academy of Sciences. The number of political prisoners has increased to 1424 people.

A citizen whose car appeared to bear a recently removed sticker with the traditional Belarusian coat of arms Pahonia was forced to record a so-called ‘penitential’ video by security forces. The director and employees of the service station, which offered free car repairs to protestors in 2020, were detained. Meanwhile, confiscation of property from protest movement activists has commenced.

Lukashenka’s recent interventions to regulate the economy have fuelled discontent among private businesses.

The consequences of war in Ukraine continue to negatively affect the economy, investment, and labour market due to sanctions and undermining of the rule of law.

WorkFusion, an American company with a valuation of more than USD 1 Billion, closed its facilities in the High Technology Park. The authorities are threatening nationalisation in an attempt to stem further capital flight.

The economic authorities have retroactively introduced new trading rules to mitigate some of the negative consequences of Lukashenka’s interference in price regulation. However, the leadership remains convinced that overall economic policy is correct. Belstat recorded deflation in October, and the head of the business union issued a statement affirming that price regulation has had no catastrophic consequences.

The leadership is attempting to motivate public sector managers with threats. Chairman of the Council of the Republic Natalia Kachanova criticised the management of state-owned  ”Motovelo” during a recent visit.

Even though the Social Security Fund deficit is growing, Lukashenka announced another pensions increase (the third in 2022) of 23% in December to restore loyalty among pensioners.

However, the state does not have the resources to similarly bribe state employees and relies on the siloviki. Teacher salaries are falling in real terms, and wage controls lead to dramatic increases in the shortage of nurses and doctors, particularly in Minsk.

Meanwhile, the transformation of governance to a more collegial system proceeds under the auspices of the All-Belarusian People’s Assembly.