Minsk whips up conspiracies, claiming a threat from the West 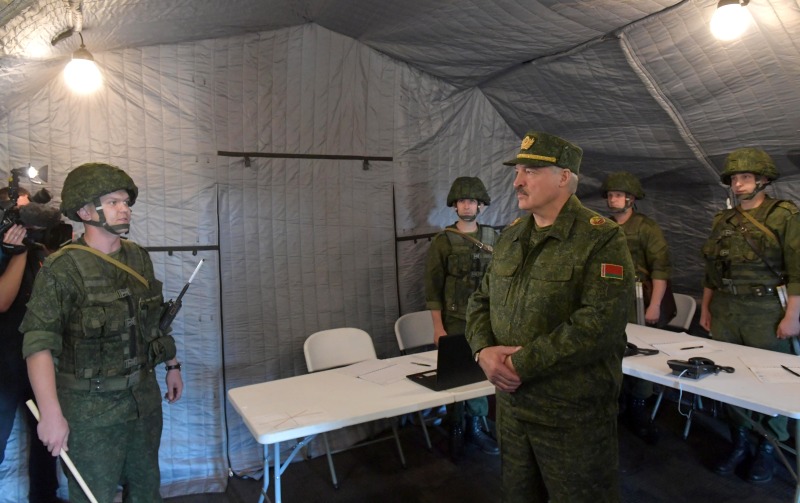 Facing the largest domestic political crisis in a quarter of a century, the Belarusian regime has focused on creating an illusion of an external threat to shift the emphasis and intimidating society. However, this is a dangerous game, which may undermine the state’s security.

Minsk is in denial about the culprits of the domestic political crisis and attempts to present the situation so that i) the crisis is provoked and orchestrated from outside, and ii) that is the primary goal is to create preconditions for external aggression against Belarus.

While speaking on August 16th, 2020 at a rally of his supporters and public sector workers, Lukashenka said that “some external forces” in the West planned to seize part of the territory from Belarus. As usual, he did not bother to refer to facts that could confirm his bold statement. Since that day, the Belarusian authorities continued to elaborate on the threat from the West.

At a meeting at the Strategic Management Center in the Belarusian Defense Ministry on August 15th, 2020, at a meeting held on the same day at the Palace of Independence, and at the Security Council meeting on August 18th, 2020 with the participation of regional administrators the issue of external threats was reiterated during the disclosed part of the meetings. On August 21st, Lukashenka reiterated his statements about a military threat from NATO when meeting with Interior Ministry officials and discussed, among other things, way to respond to such threats.

On August 20th, Belarusian Defense Minister Major General Khrenin repeated Lukashenka’s theses about external interference in Belarus’ domestic affairs. In response, the Ministry decided to hold a comprehensive tactical exercise in the Hrodna region and informed Lukashenka accordingly. This is a brigade-level exercise, which is a very large military training for Belarus.

Lukashenka’s statements about West’s interference in Belarus’ domestic affairs and the threat from NATO have multiple tasks:

Besides, Lukashenka’s anti-Western views are deeply rooted in him and the threat from the West also reflects his picture of the world.

The thaw in relations between Mink and the West, which was also valid for military-political relations, is over. The trust in the military leadership of Belarus and the perception of Minsk as an independent actor in regional security matters was ruined just as it started to take shape. When Lukashenka spoke about threats from NATO, he referred to Belarusian generals (in particular, Chief of the General Staff Alexander Volfavich), and voiced similar accusations against western states as those regularly coming from Russia. Almost seven years of Belarusian diplomacy efforts, having just begun to bring tangible results, went down the drain in just one week.