Minsk defiantly emphasises its loyalty to the Kremlin 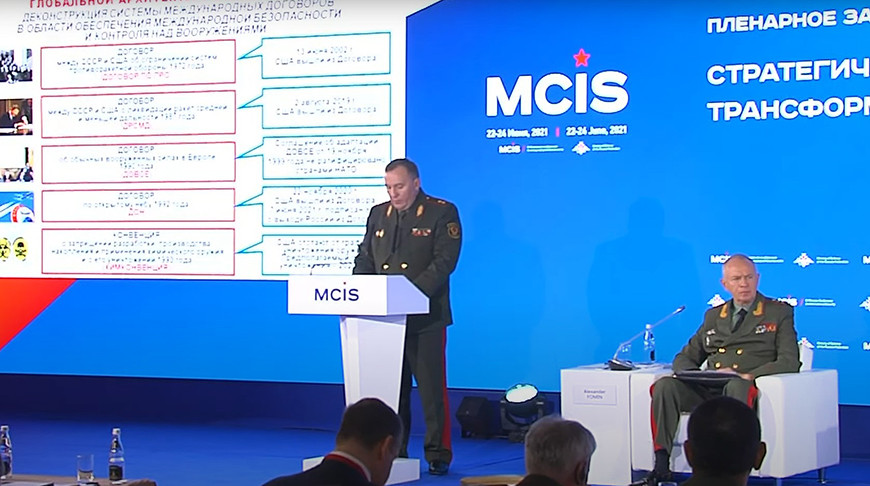 The Belarusian regime will remain the only post-Soviet country to support Russian foreign policy unconditionally – at least publicly. This may create problems for Minsk in relations with other former Soviet republics.

The Belarusian Minister of Defence, Viktar Khrenin, and the State Secretary of the Security Council of Belarus, Aliaksandr Valfovich, spoke at the X International Security Conference in Moscow and declared unconditional solidarity with the Russian position on security issues in Europe, repeating Russian anti-Western and anti-Ukrainian narratives. Belarusian participation in this event is traditional, but previously Minsk was represented only by the Minister of Defence; this year, it was decided to strengthen the Belarusian delegation.

Meanwhile, the countries of the post-Soviet space distance themselves from Russia, increasing cooperation with the United States in the intelligence and military spheres. The latter resulted in a public backlash from Moscow. Russia has not previously commented on the increased cooperation between its formal allies and its main geopolitical rival, preferring to project satisfaction with relations with other post-Soviet countries.

Most post-Soviet countries chose to refrain from declaring their positions on the issue of the Russian invasion of Ukraine and declined to support Minsk and the Kremlin due to the imposition of Western sanctions. As the likelihood of Russian success has melted away, the CIS countries are taking action causing the Kremlin increasing irritation.

Belarusian policy in the post-Soviet space is a hostage to Russia’s relations with other CIS countries. Should they deteriorate (particularly with Azerbaijan and Kazakhstan), Minsk will not be able to maintain relations at the current level. Thus, having taken an absolute pro-Russian position, the Belarusian regime risks facing isolation in the European direction and the post-Soviet space. This directly affects the state of the general security of Belarus since the CIS countries are important clients of the Belarusian military-industrial complex.