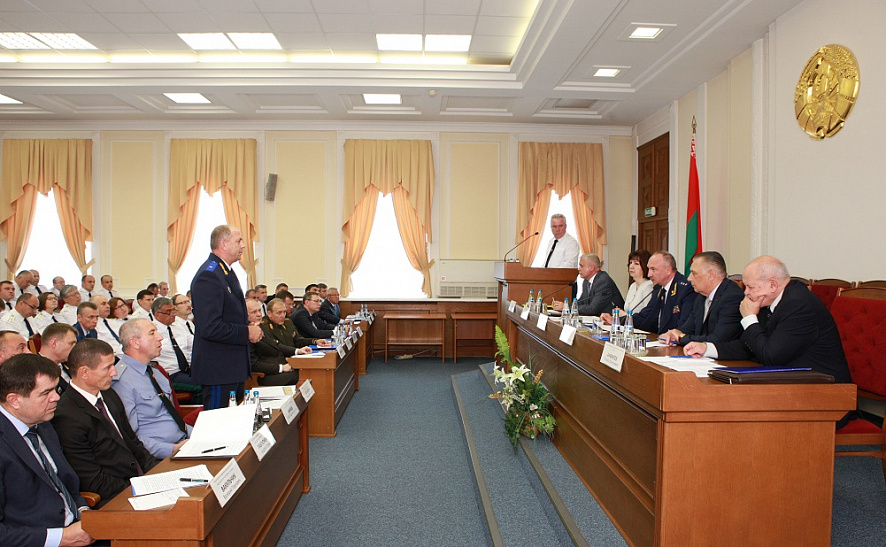 Lukashenka’s public criticism of law enforcement is unlikely to be anything else than a PR move. Serious issues are usually discussed in a relaxed atmosphere and away from the public.

On August 20th, 2019, the president chaired a debriefing for the law enforcement agencies, where he lashed out at law enforcement officers for serious omissions and massive violations. After that debriefing, some analysts predicted staff reshuffles and significant operational changes.

Last week, Belarus’ Prosecutor General, Aliaksandr Kaniuk, chaired a Republican coordination meeting on combating crime and corruption. The meeting focused on the quality of operational and investigative activities, and challenges faced by the state prosecution. Leaders of all law enforcement agencies in Belarus (including special services and the Defense Ministry), the Presidential Administration Head, the Security Council State Secretary, the Supreme Court leadership and others participated in the meeting. That said, the participants in the Prosecutor General’s event were almost completely identical to those who participated in the meeting chaired by the president. However, the tone of the meeting was different, just like the conclusions and assessments. For instance, some deficiencies in the law enforcement activity were acknowledged, however, it was emphasized that those were not systemic. Participants have identified further steps to improve operations.

Currently, there are no reasons to anticipate serious shifts in law enforcement leadership due to poor performance. Identified deficiencies were assessed as minor and technical and could be overcome without principal changes.

Lukashenka’s angry tirades voiced on August 20th, 2019 were nothing but a public performance for the population to support his image of a ‘people’s defender’ amid the ongoing election campaign and low support for public institutions.