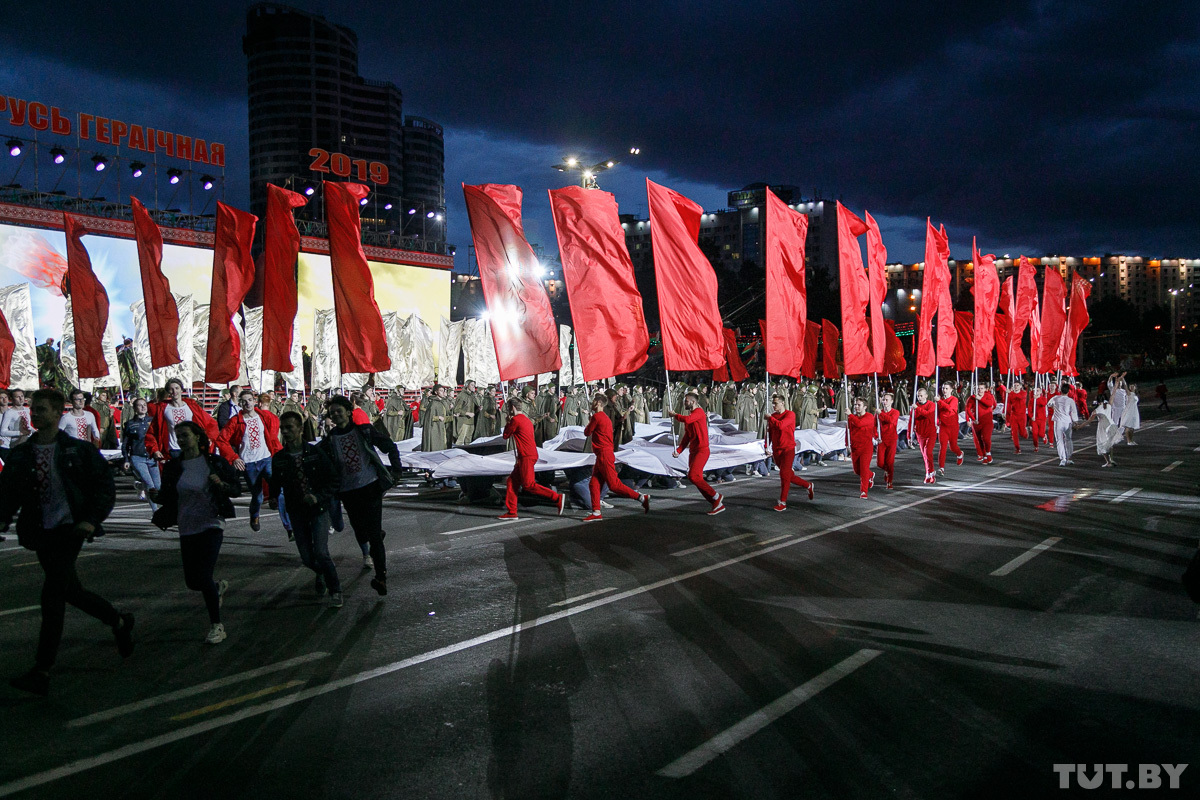 The Belarusian authorities aimed to use the 75th anniversary of the liberation of Minsk from the Nazis to emphasize Belarus’ neutrality amid ongoing confrontation in Eastern Europe. However, it only strengthened concerns in the West about Minsk’s ability to carry out an independent security policy.

Initially, Belarus anticipated a very high level of international participation in the parade on July 3rd. Invitations were sent to all Western allies in the anti-Hitler coalition. Previously, western states and Ukraine ignored the parade due to the usual participation of the 76th Airborne Division of the Russian army because of its engagement in the aggression against Ukraine. This year, paratroopers from Pskov were replaced with the parade troops of the 1st Russian Tank Army, which, however, did not prompt the West and Ukraine to change their attitude and they continued to boycott the event. Moreover, the participation in the parade of a Russian aircraft carrying nuclear weapons and 9K720 Iskanders, mobile short-range ballistic missile systems, have prompted a confidence crisis in the Belarusian authorities.

Russian aircraft, carriers of nuclear weapons, regularly overfly NATO borders, occasionally invading their airspace, which is perceived as a demonstrative threat. According to Washington and its European allies, 9K720 Iskanders have violated restrictions imposed by the Treaty on Intermediate and Shorter-Range Missiles and are intended to stage strikes (including nuclear) on Europe.

Behind the scenes, doubts about Belarus’ good faith in security matters kept spreading for a long time. Despite the fact, that Belarus’ rhetoric and some actions differ from Russian on international arenas (sometimes significantly), Minsk sided with the Kremlin on important regional and international security matters. Some in the West believe, that Belarus and Russia have a pre-arranged plan, in which Belarus is often playing the role of a “pacesetter” in rows and controversies. Amid weakening control of nuclear arms, what Minsk may perceive as a purely symbolic action, the West, in the best-case scenario, is interpreting as Belarus lacking independence in security matters and, in the worst case, as a willingness to join the Kremlin’s aggression in the region.