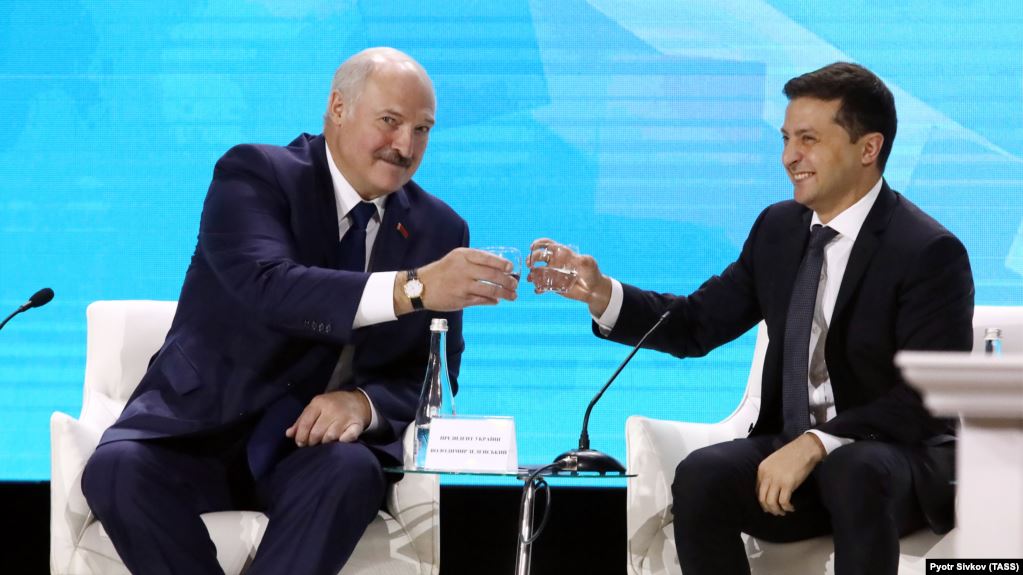 Minsk and Kyiv are striving to remove major barriers in bilateral security cooperation and, pay lip service to demonstrate their readiness for serious military-technical cooperation. However, so far, there is no reason to firmly assert that their words would become bonds.

During the presidents’ meeting on October 4th, 2019, Alexander Lukashenka and Vladimir Zelensky expressed interest in developing bilateral security cooperation in the future, including in the military-technical sphere.

The states have exchanged their citizens charged of espionage. This process has taken almost two years. After a long break, Belarus at the highest level has reiterated the possibility of Belarusian-Ukrainian cooperation on missile production. Most likely, the president implied the production of cruise and ballistic missiles based on the technological backlog of the Ukrainian projects Neptune and Thunder/Sapsan, and the production of rocket engines and fuel.

The meeting between Lukashenka and Zelensky was held in a positive atmosphere. Previously, the Belarusian leader also had positive relations with the previous Ukrainian leader, which, however, did not lead to a breakthrough in bilateral security cooperation due to vaguely mentioned by Lukashenka domestic and foreign policy constraints valid for both sides.

In addition, speaking of the states’ interest in security cooperation, it is worth recalling that the reasons behind such interest somewhat differ. Ukraine aspires to retain and expand international political support for her territorial integrity and counter Russian propaganda. Belarus, in turn, aims to gain access to the Ukrainian market, to Ukrainian military technologies and the Ukrainian hydrocarbon transportation infrastructure. Only time will tell whether the parties are ready to meet each other’s expectations.