The Belarusian regime finally turns into a threat to the West 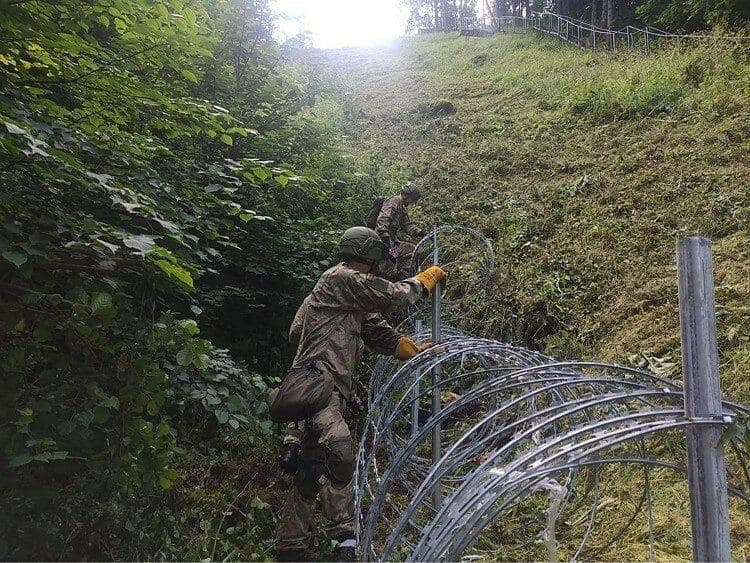 Belarusian-European security relations are at risk of deteriorating to such an extent that recovery will be impossible without a replacement regime in Minsk.

Lithuania has begun to build a fence along the border with Belarus to curb the flow of illegal migrants from third countries. The Lithuanian government has declared a state of emergency and accused the Belarusian regime at the highest level of deliberately engineering the crisis. The Lithuanian Seimas (Parliament) voted to:

Latvia and Poland also consider the Belarusian-Lithuanian migrant crisis a potential threat. Warsaw reports that Polish border guards detained at least 150 illegal immigrants from Afghanistan, Cuba and Chechnya in less than a month and Riga is considering reinforcing its own border guard by deploying the National Guard;

The Belarusian-Polish border is at its highest state of alert since Soviet times when it was an external border of the USSR. The situation with illegal migration is not yet as dramatic as with Lithuania. Still, if events progress as they currently are, it is only a matter of time before Warsaw also accuses Minsk of provoking a migration crisis.

We are witnessing a gradual transformation of the EU perception of the Belarusian regime from “unpleasant, but useful for regional security” to “threat to regional security”. This trend may be impossible to reverse, and further deterioration should be expected, not only in the field of border security. It is embarrassing that as recently as a couple of years ago, European officials in private conversations with Belarusian civil activists stated that Europe’s priority vs Belarus was the security and containment of Russia rather than human rights and democratic standards in Belarus itself.