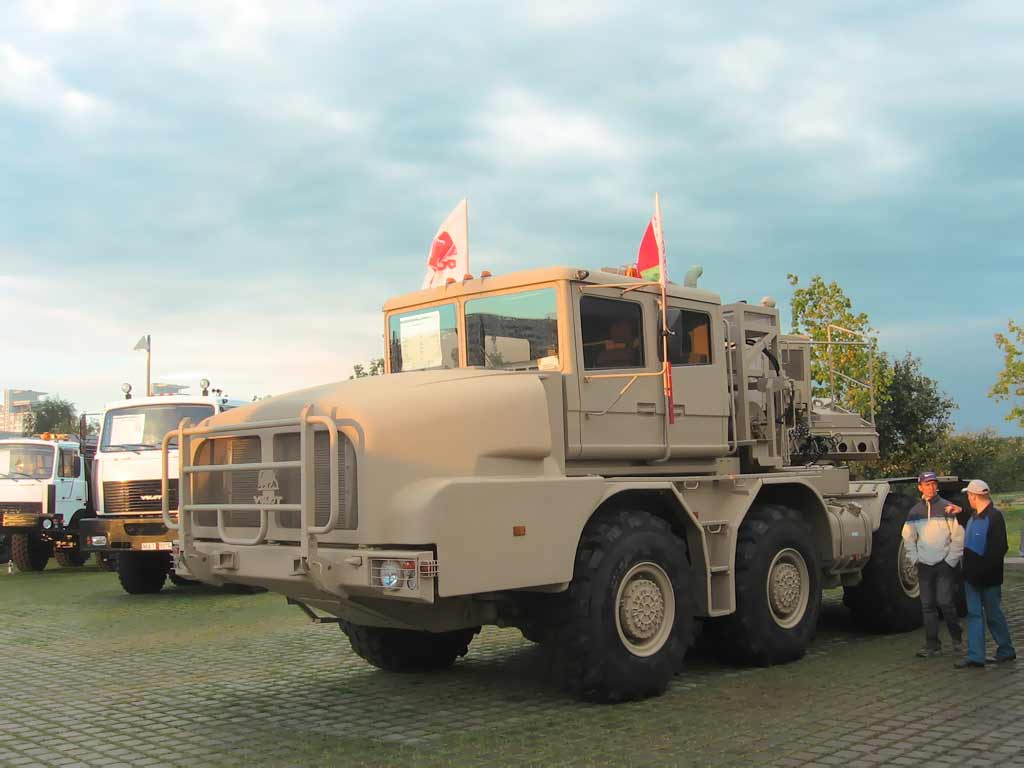 The domestic defense industry aims to develop through penetrating new markets. Although Russia remains Belarus’ most important consumer, her share in Belarus’ exports is declining due to Moscow’s import substitution policy and a noticeable reduction in procurement for the Russian army.

On January 30th, 2020, the new Director of the Minsk Wheel Tractor Plant (MZKT), Alexi Rymasheuski, said that the company aimed to diversify its export markets and develop new product lines. This may take a while, however. MZKT is among the flagships of the national defense industry; in previous years, more than 85% of sales were attributed to the Russian market. Major exports to Russia included wheeled chassis for different military equipment and weapons. That said, in 2018 the company’s sales decreased by more than 13% (2019 data yet has not been disclosed).

On January 31st, 2020, the Goskomvoenprom held a board meeting to assess the 2019 results. In particular, it was reported that industrial production was a record high in 2019 at BYN 1.4 billion. The industry exported to 97 states (+21 country as compared with 2018). Russia accounted for 26% of all deliveries, other CIS states – for 27% and Asia and the Middle East – for 31%.

It is becoming clear that the growth in the Belarusian military-industrial complex is due to the geographical expansion and penetration of new markets, rather than due to the development of economic cooperation with Russia. Such a trend was foreseen. Some time ago, Russia made a political decision to reduce or eliminate entirely the dependence on external supplies in the defense industry. In addition, some Russian defense industry enterprises are in dire financial health and their further existence is entirely dependent on the support from the Russian government.

The domestic defense industry is generally coping well with the task of diversifying sales markets. However, some enterprises producing unique products specifically for the Russian market may suffer negative consequences due to decreased supplies to Russia. Both, the financial health of the largest Belarusian military-industrial enterprises and the sales market diversification are likely to remain relevant tasks for the Goskomvoenprom in the future.