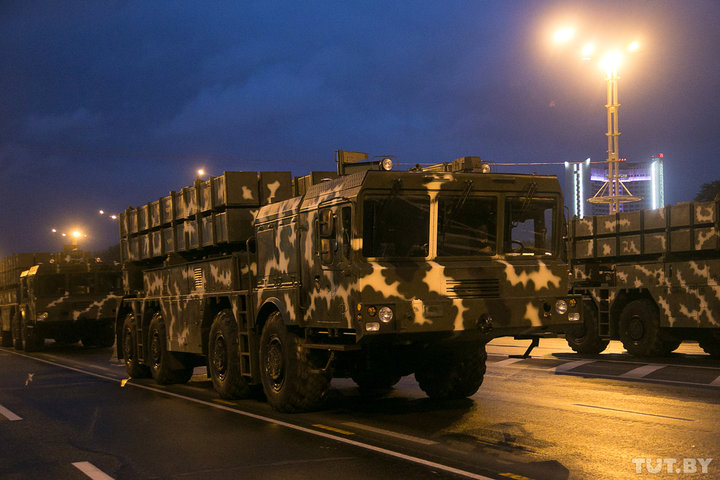 The informal union of Minsk, Baku and Nur-Sultan (Astana) is deepening due to common interests and the lack of fundamental contradictions among the states.

In early May, units of the 77th Separate Rocket Artillery Division of the 336th Rocket Artillery, armed with the Polonez Multiple Launch Rocket System, travelled to Kazakhstan’s Sary-Shagan training ground for a combat firing training. Along with rocket engineers, subunits of signalmen, engineers, and UAVs will participate in the military exercises in Sary-Shagan. This will be the second combat training for Belarusian rocket men in Kazakhstan. The size of Kazakh training ground allows using MLRS Polonez at a maximum range, challenging in Belarus.

On May 5th-8th, 2019 an official delegation led by Chief of the General Staff of the Belarusian Army, Major General Oleg Belokonev visited Azerbaijan. Baku said that it attached great importance to military cooperation with Minsk and saw great potential for developing bilateral military-technical and military-educational cooperation. The parties discussed joint military actions, military-technical and military-educational cooperation, bilateral expert visits, and joint military exercises with the participation of army units from both states.

By late 2018, Baku became the largest customer of the Belarusian military-industrial complex, equivalent or even surpassing Russia. Earlier, Kazakhstan announced plans to make a major purchase of Belarusian defence products for the needs of the national army. Kazakhstan and Azerbaijan have the potential and the political will to gradually build security cooperation with Belarus.