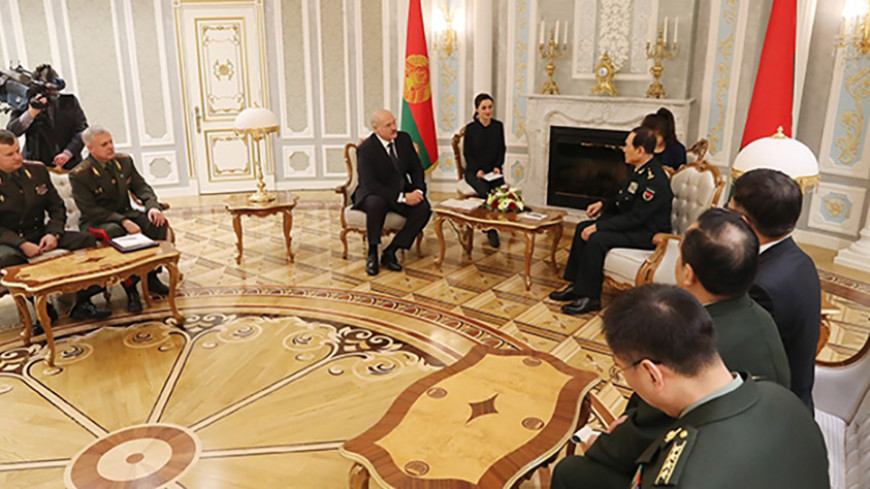 Minsk has made cooperation with Beijing a strategical priority and China appears to be ready to support Belarus on several important matters, which are crucial not only for national security but also for the state’s reputation and economy.

On April 6th, during President Lukashenka’s meeting with the Chinese Defence Minister, Wei Fenhe, he said that China played a decisive role in strengthening Belarus’ defence capacities. Both states are engaged in a dialogue at the military leadership level (18 visits in 5 years). The scale of military personnel training for each other is growing. China regularly provides military grants to Belarus (most recently in October 2017 worth USD 4.5 million).

– designing Polonaise-M MLRS with 300 km range jointly with the Chinese company The Long March. The states also envisage to produce these weapons for the third countries.

– The Long March will supply rocket engines to upgrade the anti-aircraft missiles of the Buk-MB air defence missile system.

In addition, projects on powder production and production of rocket engines in Belarus are being worked out.

Some details of the Sino-Belarusian defence cooperation were made public due to the visit of Wei Fenhe. Minsk seeks to demonstrate the exceptional nature of relations with Beijing to the outside world. Although there is no reason to believe that Belarus is a critical partner for China in the field of security, both states are convenient partners for each other. The absence of political tensions and the existence of mutual interests create prerequisites for the expansion of military and military-technical cooperation between Belarus and China. The main constraint is Belarus’ limited financial capacity.